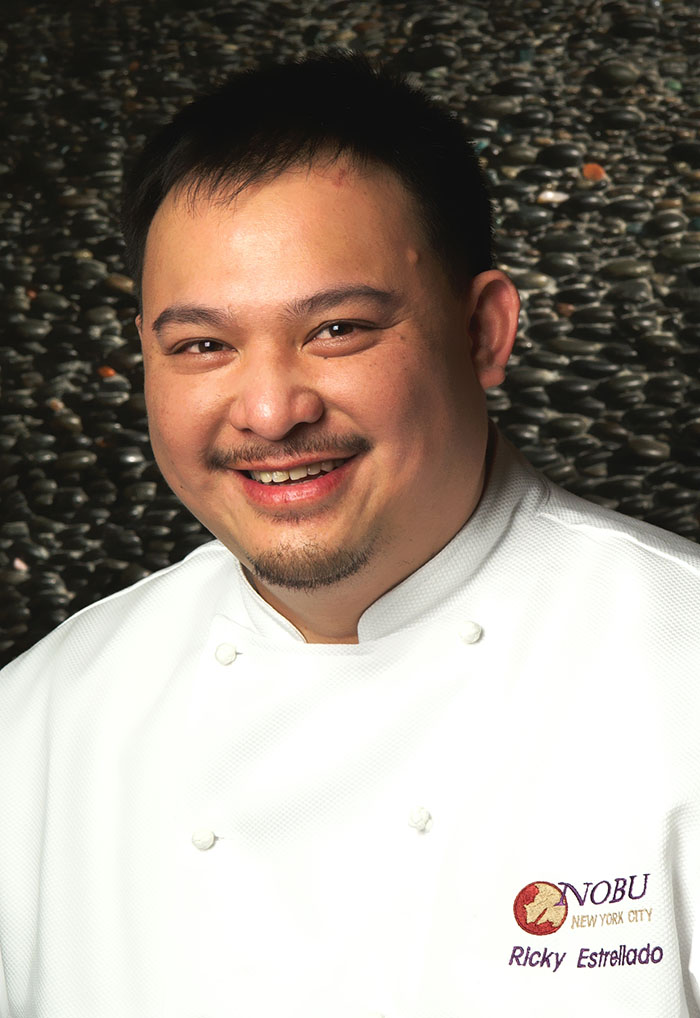 Nobu New York Executive Chef Ricky Estrellado comes to Nobu Manila to collaborate with the latter’s Head Chef Michael De Jesus for a gastronomic feast that Nobu-fies timeless Filipino recipes with Japanese-Peruvian influences, for a special engagement on August 18 and 19.

The two-night event highlights the collaboration of two talented Filipino chefs who have both worked with the renowned Chef Nobu Matsuhisa for years. Chef Ricky, who has worked with Nobu for 22 years, is the Executive Chef in New York, overseeing both the Nobu New York in Tribeca and Nobu Next Door along Hudson Street. Chef Michael, a Fil-Am who grew up in the USA, started his nine-year career with Nobu in the Los Angeles restaurant then worked in Nobu Las Vegas, immediately before coming to Nobu Manila early this year.

Ricky’s passion for cooking began in the Philippines. As a very young man he worked with a catering company that attracted a diverse clientele, including Malaysian Airlines and United Airlines. Ricky’s ambition led him to the United States, where he graduated first in his class at the New York Restaurant School in 1994. After a short stint in the acclaimed Montrachet restaurant in Tribeca owned by restaurateur Drew Nieporent, Ricky was asked to join Nieporent’s new Nobu New York kitchen, where he was drawn to Nobu’s new-style Japanese cuisine that has won virtually every major culinary accolade. Ricky’s deft touch has charmed the palates of the most discriminating diners in Nobu New York and he soon rose up the ranks from prep cook to Chef de Cuisine. He likewise trained the culinary staff at Nobu Next Door in 1998 and Nobu Las Vegas in 1999. Since 2005, he has been overseeing the hot kitchens of Nobu New York and Nobu Next Door as Executive Chef.

Michael joined City of Dreams Manila in January 2016. He helms Nobu Manila’s kitchen as the Head Chef of the restaurant, bringing with him a wealth of nine years’ experience in Nobu restaurants, where he worked himself up to becoming Sous Chef of Nobu Los Angeles and Chef de Cuisine in Nobu Las Vegas. He has been passionately creating delightful dining experiences for over 20 years. His current position at Nobu Manila allows him to infuse Filipino ingredients and methods into Nobu-style dishes, creating exceptional and unique dishes for both the foreign and Filipino palates.

Interested patrons can call 800 8080 or e-mail [email protected] for inquiries and reservations.