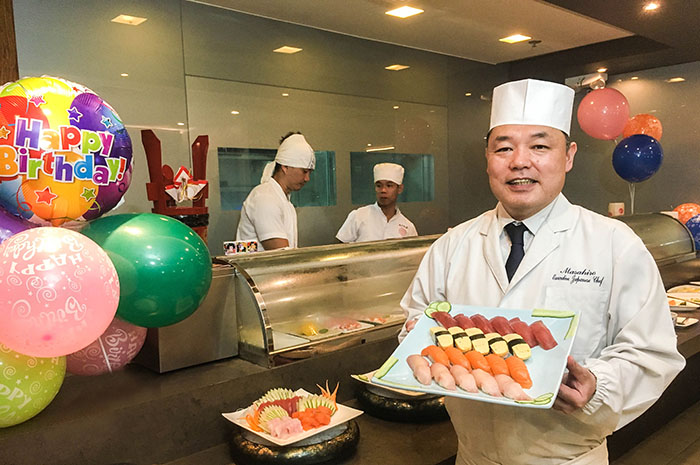 Chef Hiro prepares the most sumptuous Japanese fare for both celebrators and celebrants.

Birthdays, like all other anniversaries, are very important milestones in every person’s life. These annual events not only bless celebrators with another year in their respective lives, but also chronicles the many memories accumulated through the years.

This July, as Kitsho awaits its anniversary month in September, it enjoins its guests on a year-round celebratory mood. Executive Chef Mizumoto “Hiro” Masahiro welcomes both celebrators and celebrants as they all join in the merriment and fellowship of every occasion celebrated. 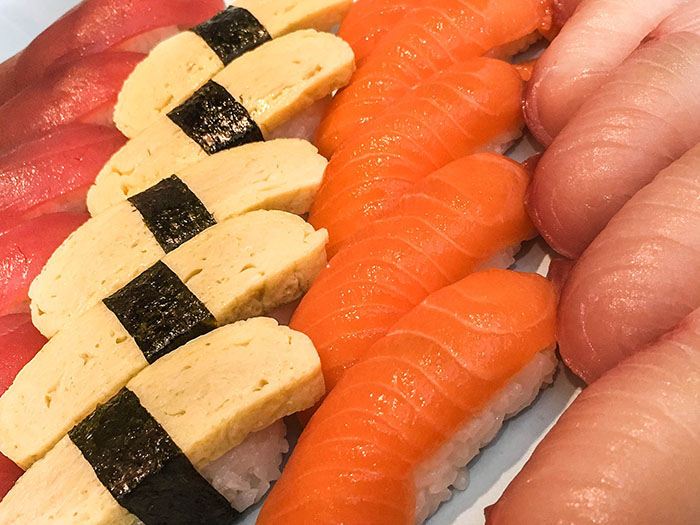 Anniversary and birthday celebrators get to enjoy some of the perks of the month, such as the 5 + 1 promo wherein another guest enjoys the weekend buffet spread free of charge for every five paying guests in their company. Chef Hiro may, however, set up the smorgasbord spread even on weekdays should there be an advanced reservation of 10 – 15 persons. The lunch buffet is at P1,232/pax (VAT included) while the dinner buffet is at P1,400/pax (VAT included). Succulent sashimi is among the staples at Kitsho.

A la carte diners, on the other hand, get to enjoy 15% discount on their orders, with the exception of the lunch set menus. Chef Hiro can also create and prepare a special menu, depending on a client’s budget.

The celebratory vibe is heightened with the most scrumptious options in both the buffet spread and a la carte options – from the extensive sushi and sashimi selections and mouthwatering yakimono dishes to steaming hotpots and tender meat cuts unto delectable desserts. Chef Hiro made sure every craving for Japanese fare is fully satiated. 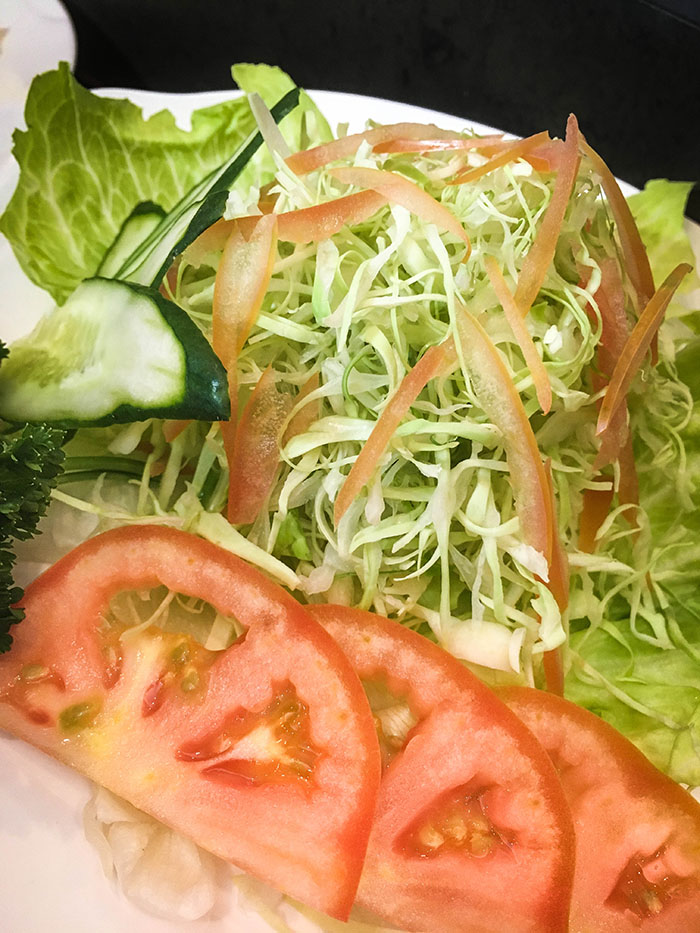 The freshest salads await diners at the buffet spread.

Restaurateurs who wish to have Japanese cuisine added to their existing menus, or those who wish to create an entire Japanese section  of food oprtions may consult Chef Hiro regarding these concerns. Simply send him an email via masahiro1964mizumoto@live.jp.

Kitsho authentic Japanese restaurant, the ideal events venue,  is operated and managed by MCK Millennium Foods, Inc. and is conveniently located at the ground floor of Hotel Jen Manila, right across the sprawling CCP Complex along Roxas Boulevard’s sunset strip on the historic Manila Bay area.

N.B. Please use the hashtags #KitshoCelebrations and #KitshoManila when posting your stories online. Thank you!