“Scarred but not Scared” 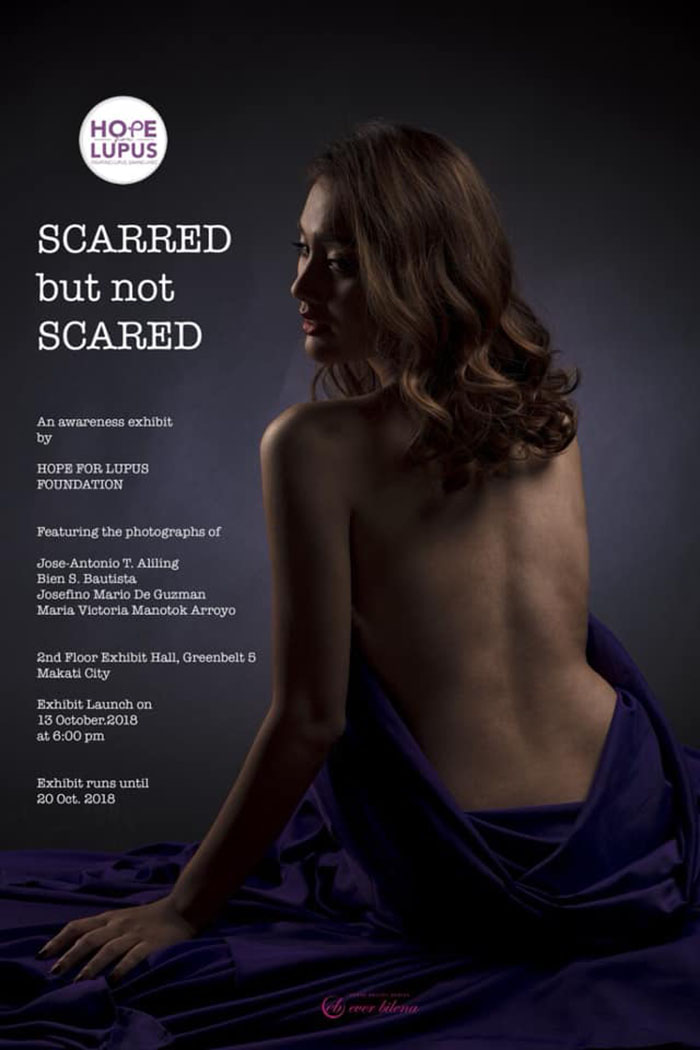 “Lupus” is a lifelong illness wherein the body’s immune system on itself and attacks the body’s organs. This systemic disease can affect any part of the body, leading to scarring, destruction, joint pains, and deterioration of vital functions, among other known symptoms. Over 5 million people in the world have lupus, but because its symptoms mimics other ailments, there is an extreme lack of awareness and understanding about this condition. Such lack of awareness unfortunately leads to countless misdiagnoses and unnecessary deaths, which could have been prevented had more people been armed with the right information.
The Hope for Lupus Foundation, Inc., was born out of this necessity in 2016. It is a non-profit organization that aims to promote the early detection and proper treatment of lupus by increasing awareness about this mysterious condition. It also provides much-needed social support to patients and their families who are affected by the disease.
In partnership with 4 multi-awarded and acclaimed photographers – Jose Antonio T. Aliling, Bien S. Bautista, Josefino Mario De Guzman, and Maria Victoria Manotok Arroyo — The Hope for Lupus Foundation brings you, “Scarred but not Scared,” a photography exhibit that attempts to capture a glimpse of the lives of some of those who day-in and day-out continue to courageously endure their battles against lupus and claim their respective victories against its symptoms in whatever form they came. The exhibit also serves as a tribute to  all our friends, relatives, and patients who have fought bravely and has since passed on.
For those who seek to understand better, may this be the start of your journey for more enlightenment.  And for those who carry the same cross, we hope for this to serve as a beacon of hope that amidst all the uncertainty and pain, there is always a smile that shines from within.