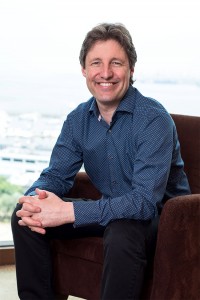 Hotel Jen Manila (formerly Traders Hotel, Manila) is pleased to announce the appointment of Edward Kollmer as the hotel’s new General Manager. Mr. Kollmer is responsible for overseeing the entire hotel’s day-to-day operations. With a wealth of over a decade of hospitality experience, he brings a tactical approach to revenue management and operational excellence for the recently rebranded hotel.

His passion and drive to achieve excellence in operations and progress in business development continues to inspire the team to embrace the values and vision of Hotel Jen and live Jen’s dream for guests which is to start with anticipation and end on a high.

Prior to his appointment, Mr. Kollmer was the General Manager of Thistle Johor Bahru in Malaysia for three years. He also worked as a General Manager for Thistle the Royal Trafalgar Hotel, Grosvenor Hotel, Thistle Marble Arch in London and Holiday Inn Rochester UK.

An Irish national, Mr. Kollmer graduated from Shannon College of Hotel Management and completed his master’s degree from the University of Buckingham in the United Kingdom.

Located on Roxas Boulevard, Hotel Jen is just about 20 minutes away from the international and domestic airports and it’s 30 minutes away to the Makati Business District. Just next door are the country’s premier conference and exhibition facilities: the Cultural Center of the Philippines, Philippine International Convention Center, World Trade Center and SMX Convention Center. But life should never be all work and no play—Malate, the entertainment district is only a short walk away.