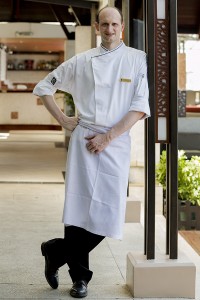 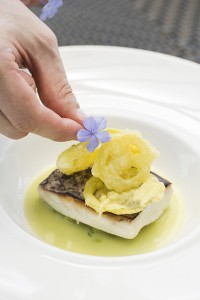 High points of Chef Paolo’s culinary journey include being sous chef at Restaurant Onice, known for its Tuscan menu influenced by Asian flavor. Its head chef, Andrea Accordi is best known for has an impressive international reputation, having worked at other Michelin restaurants.  Chef Paolo’s next venture was at Restaurant Ora D’Aria, a Michelin one-starred restaurant in Florence.

His last stint, prior to leaving Italy, was at Restaurant Arnolfo, a world-class, Michelin two-starred restaurant owned by one of Italy’s best chefs, Gaetano Trovato.  It is said that anyone who sits at Chef Gaetano’s table has “his senses stimulated and charmed by the taste, fragrance and art of the table.”

Prior to joining the resort, Chef Paolo was the Italian chef at Piacere, Shangri-La Hotel 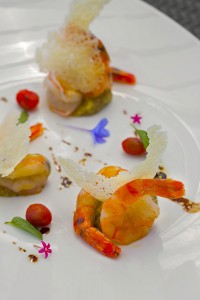 , Tokyo’s signature Italian restaurant.  Piacere is known for its contemporary Italian dishes that reflect an elegant combination of flavors and textures, delivered using the highest-quality Japanese and Italian produce.  The restaurant is known for exquisite menus prepared with rare ingredients, such as a 100-year-old balsamic vinegar or a 101-month-aged Parmesan cheese.

The shift from being solely Italian chef to executive sous chef primarily in charge of a seafood restaurant does not seem to overwhelm Chef Paolo as he remains true to his culinary philosophy: use fresh produce with simple, yet interesting taste combinations –all crafted with passion.

“Cooking is nearly effortless when you have the right raw materials, and choosing the best-quality ingredients is almost sacramental for me,” said Chef Paolo.

If at all, the challenge he foresees is the availability of ingredients, a convenience he enjoyed in Tokyo, home to the world’s largest fish market. 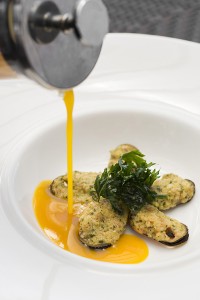 “This gives me the opportunity to work closely with local suppliers.  It’s almost like buying direct from a farmer – we’re engaging in a time-honored connection between eater and grower.  Knowing these local suppliers gives me an insight into the seasons, the land and the food of Cebu – and this really excites me,” said Chef Paolo.

He describes his Cowrie Cove menu as irresistibly innovative, yet faithful to his food philosophy.

“My Michelin experience has cemented my culinary foundation: discipline, concentration and consistency.  It’s all about bringing the best dish to the table, at all times,” he said.

Signature dishes in the new menu include Calamansi-Scented Crab Broth with Ricotta and Turnip Dumplings; Curry-Scented Rock Lobster on Carrot Puree and Organic 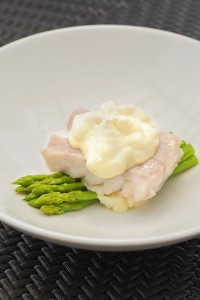 “The most interesting part is, I have no pasta in my menu for the first time,” Chef Paolo said. 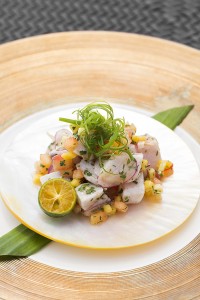 Cowrie Cove is open daily for dinner from 6 to 10 p.m.  For inquiries and reservations, please call the resort’s Restaurant Reservations and Information Desk at (63 32) 231 8224 or email [email protected].