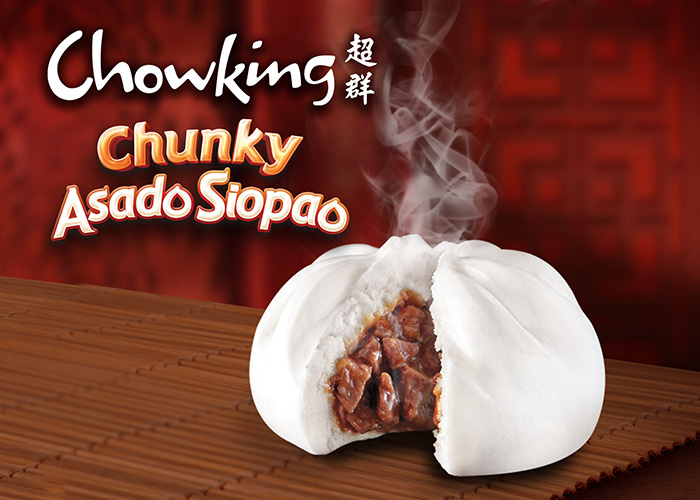 Today, there are many kinds of siopao offered in a number of ways in the market – fried, toasted and steamed. The variety of siopao continues to grow but they are mostly bun with little filling.

Now, Chowking endeavors to set a new benchmark of how chunky the Asado Siopao should be. While it looks like any other siopao in the market – white and steamed bun – Chowking Chunky Asado Siopao offers more because it is served steaming hot and chunky at asadong-asado ang laman.

Chowking is asking the public to take part in a #BuksanParaMalaman challenge – open the Chowking Chunky Asado Siopao and see just how chunky it really is compared to all other siopao .