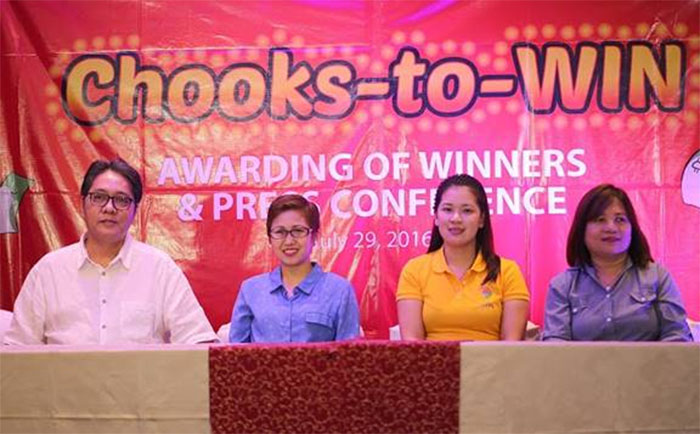 As the Philippines’ largest rotisserie chain, Chooks-to-Go has been providing Filipinos with great-tasting, on-the-go, and value for money roasted chicken. And just recently, it also gave more than one million pesos in cash and other exciting prizes to lucky, unsuspecting customers.

Aside from raffling off gadgets and cash prizes, the Chooks-to-Win promo also gave away thousands of free Chooks-to-Go oven-roasted chicken to lucky customers nationwide who scratch-off winning “Chooks” combinations in their raffle stubs.