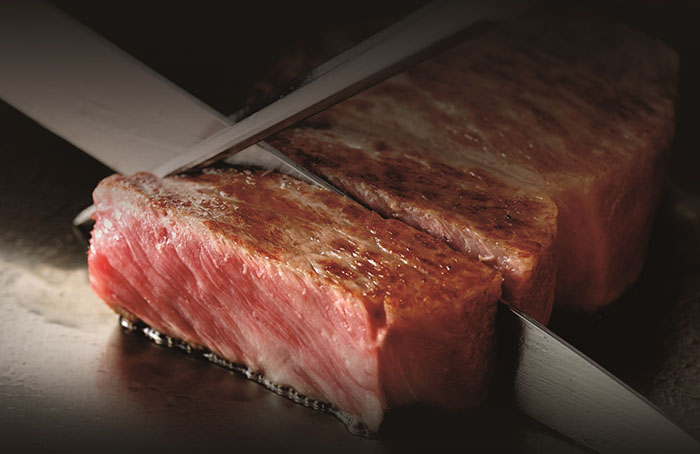 As one of the city’s trendiest dining hotspots, Nobu Manila offers the world-famous, well-marbled texture and unparalleled flavor of authentic Kobe beef as part of Nobu’s new style Japanese-Peruvian dinner menu. Nobu Manila is one of rare few restaurants in the Philippines, which serves Kobe beef with the official certification guaranteeing its authenticity.

Kobe is produced solely in Kobe City, Hyogo prefecture, Japan. Its unmatched luxurious flavor and texture produced through a highly meticulous and arduous process makes it the world’s rarest and most sought-after cattle meat in the world. Kobe beef requires a pure lineage of Tajima-gyu breed cattle born and raised in Hyogo prefecture, which feeds on the local water and grass its entire life. It must be a bull or virgin cow, processed in a Hyogo slaughterhouse and must pass a stringent government grading exam reaching a minimum BMS (beef marble score) of six or higher. To ensure authenticity, the store or restaurant must carry the certification with the ten-digit identification number determining which particular Tajima-gyu cow it came from.

For inquiries and reservations, please call + 63 2 800 8080 or e-mail guestservices@cod-manila.com or visit www.cityofdreamsmanila.com.