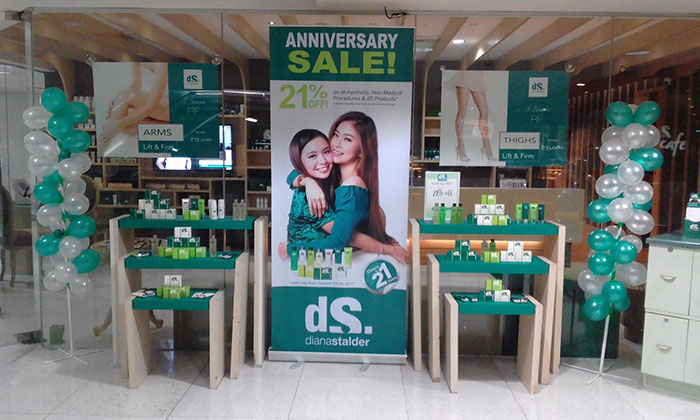 Diana Stalder Face, Body, and Skin Care center is taking its leap as they celebrate their 21st anniversary this month of October. It was first named as Dermaline Inc. and was established by Miss Dina Dela Paz-Stalder, but was later changed as Diana Stalder.

Over the last 21 years, Diana Stalder stays true to its promise, “The promise be a better you” by transforming every client to become a better version of themselves. From basic skin care to the most luxurious treatment, Diana Stalder continuously grow in meeting the world-class standard of beauty services. 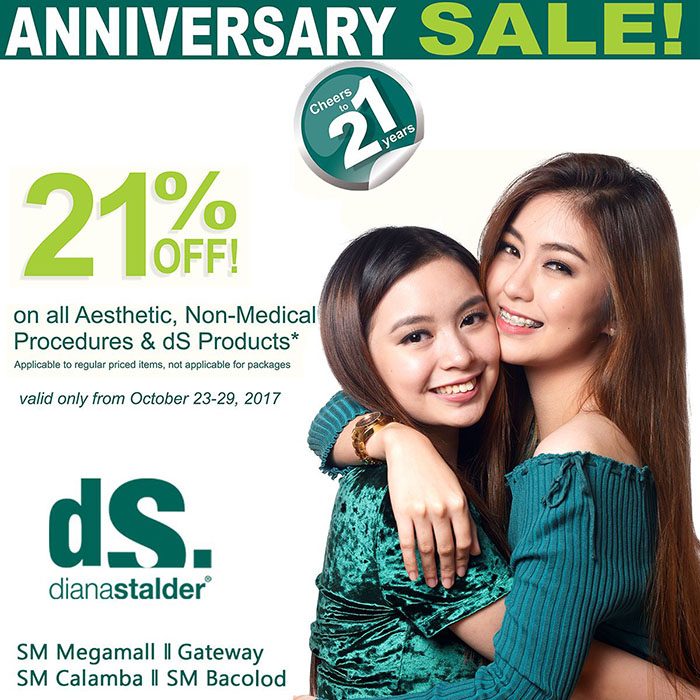 Be part of Diana Stalder Face, Body, and Skin care as they celebrate their 21st anniversary this October 23 to October 29, 2017. Avail your favorite dS non-medical treatment and products as they are taking 21% off. Lucky clients can also get (3) 30-gram soaps per pack for the special price of 21 pesos only.