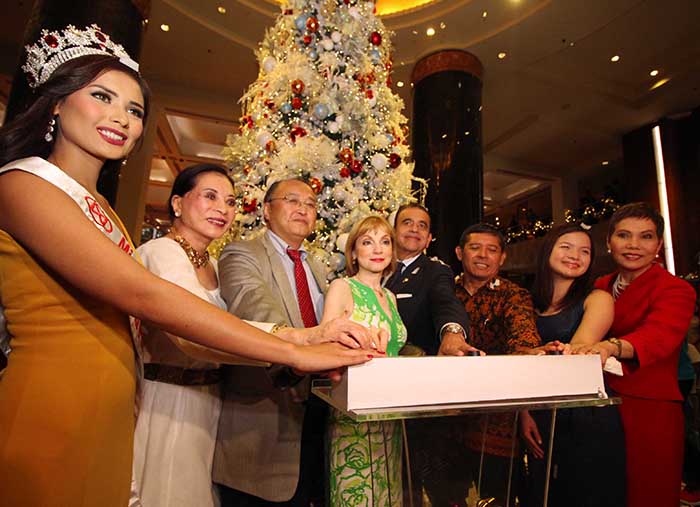 Diamond Hotel Philippines officially begins the celebration of the holidays with the lighting of its 25-foot Christmas Tree decorated with festive ornaments and dolls dressed in the national costumes of the Asia Pacific Economic Forum (APEC) participating and visiting economies. The hotel honors the upcoming APEC event in Manila with the Christmas theme similar to It’s A Small World, to celebrate peace and unity among nations.

From December 16-24, there will be live performances on different days whether from the Bayanihan, the Philippine National Folk Dance Company, dance groups from different countries, or the Regina Coeli Choir.

The hotel’s charity beneficiary for this year is “A Class of Your Own Scholars” of CENTEX, a project of Children’s Hour. With each donation of Php200, a handcrafted Christmas ornament will be placed on the Christmas Tree bearing the name of the donor. This will represent the donor’s contribution to the education of 179 student scholars of CENTEX.