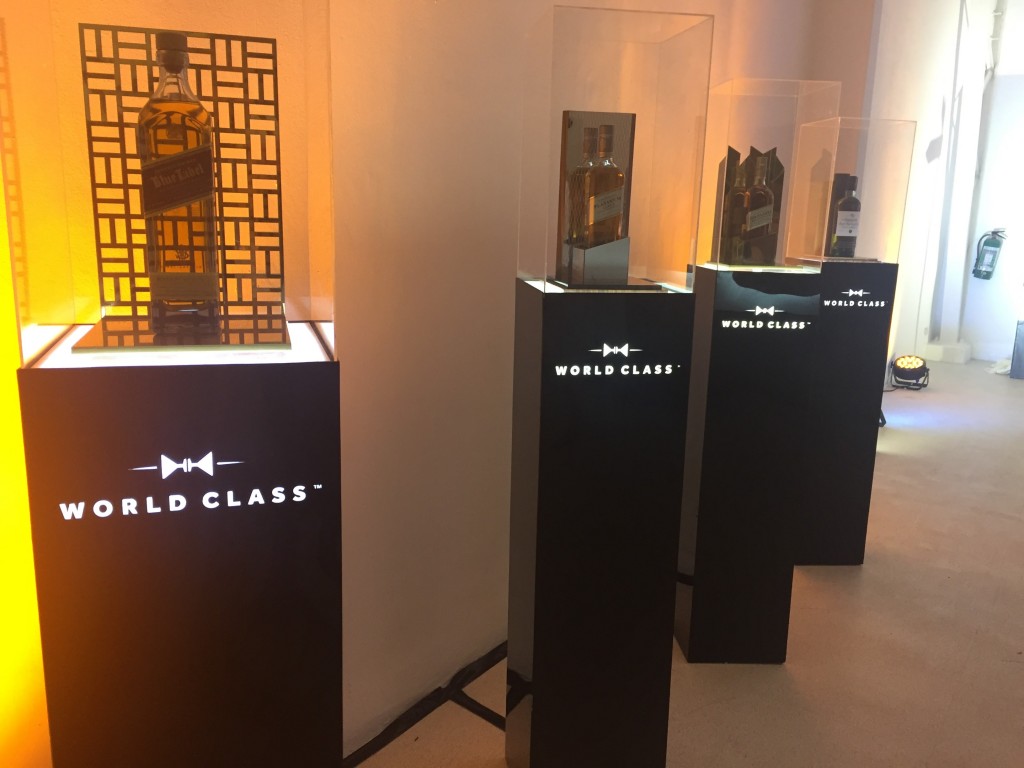 Sago pearls, soy milk, hazelnut liqueur, and a shot of one of the world’s finest vodkas—these are the elements that compose a new take on a local street favorite, taho.

The taho cocktail, along with new interpretations of Filipino staples such as samalamig, is a new creation designed by Filipino bartenders trained under the banner of Diageo Reserve World Class, the cocktail industry’s most renowned and respected mixology competition worldwide. The creation of these new craft cocktails stands as testament to the skill, craftsmanship, and creativity of the Philippines’ new bartending industry. With such talent, the country is on the brink of making a dent in the world stage.

After a landmark performance from the Philippines in the last year, Diageo Reserve World Class is back to usher in a new era for the country and its bartending community, dubbed Manila’s Golden Age of Cocktails. 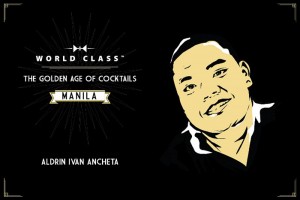 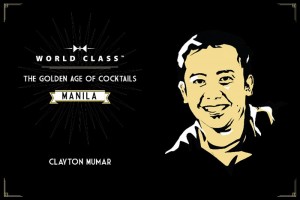 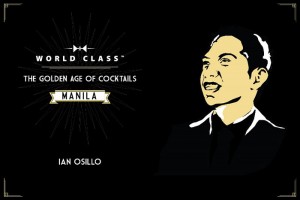 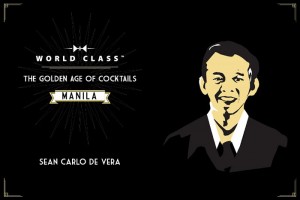 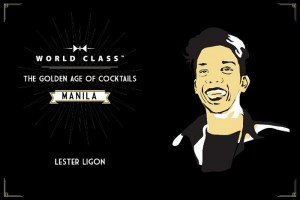 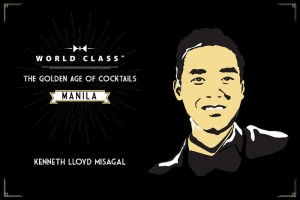 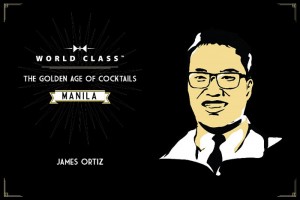 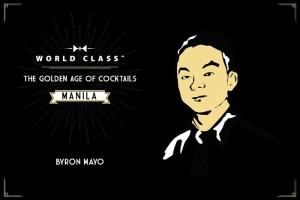 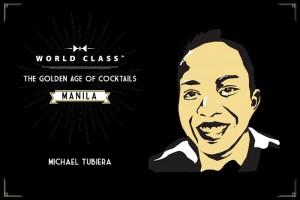 This new golden age is set to take off after the growth that the local bartending community has experienced since the World Class program was introduced to the country in 2013. With more craft cocktail establishments surfacing all over the metro and with bartenders gaining more exposure and experience, the Philippines has been identified as a contender in the global craft cocktail community. This was made evident through the country’s first challenge win by 2015 Bartender of the Year Kenneth Bandivas in the Diageo Reserve Global Finals in Cape Town, South Africa.

Bandivas, along with past year’s local winners Yoma Rivera and AK Roxas, displayed their craftsmanship, skill, and creativity as honed by the World Class program through Manila-themed craft cocktails patterned after local street favorites such as taho and samalamig served at the launch of Diageo Reserve World Class 2016, held last February 9 under the roof of Whitespace Manila.

At the event, top personalities from Manila’s culinary, art, fashion, business, and entertainment scenes all gathered to welcome this new era for Philippine bartending, spearheaded by Diageo Reserve World Class.

A space that was transformed into a living time capsule that housed the sights, sounds, and flavors of Manila’s past and present aptly welcomed the emergence of Manila’s Golden Age of Cocktails—against the backdrop of the beloved city’s most iconic bits and pieces of history in art, film, music, architecture, and fashion. 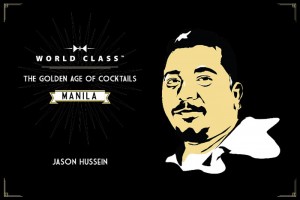 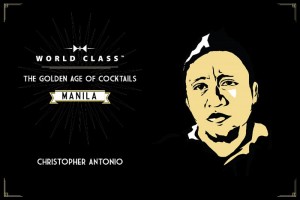 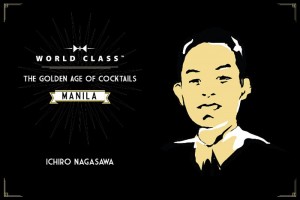 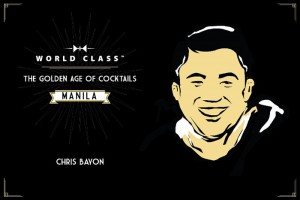 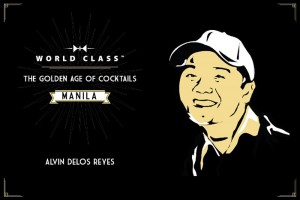 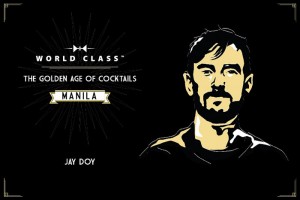 Guests bore witness to the unfolding of what is expected to be an exciting year for the country’s new roster of bartenders from the country’s finest bartending establishments, who will be stepping up to the plate to compete for a chance to represent the country at this year’s Global Final Competition in Miami, Florida. These bartenders were formally presented that evening, namely:

In the next few months, these bartenders will be competing in a series of qualifying heats and finals to determine which among these 23 representatives will be going on to compete in the Diageo Reserve World Class Bartender of the Year Finals in Miami, Florida, where the world’s best bartenders will pit their skills, impeccable techniques, and knowledge against each other in front of the cognoscenti of the global bartending industry. 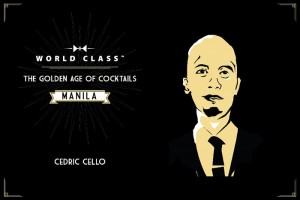 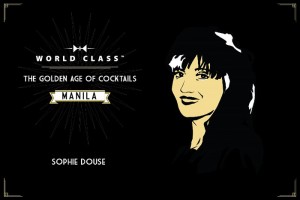 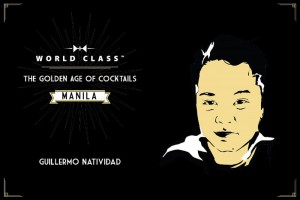 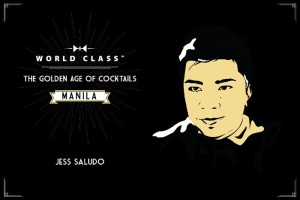 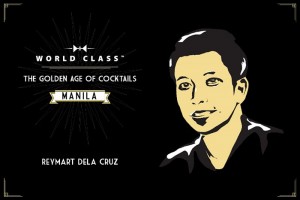 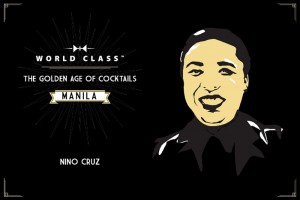 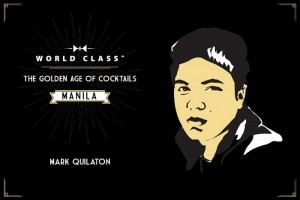 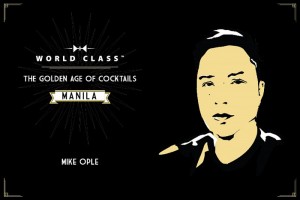 “The growth that we have been seeing over the past 3 years in the craft cocktail and bartending industry has been a pleasant surprise,” shares Marie Ona, Diageo Reserve Philippines Luxury Manager. “Year on year, the Philippines seems to be bringing more to the table in approaching the competition. We have been seeing real talent within the industry, and that talent is being further honed and supported—making the Philippines a force to be reckoned with approaching the future of fine drinking experiences. We’re excited to shine the spotlight on these talented men and women to show the world what the Filipino bartender has to offer.”

Diageo Reserve also flew in Bulleit Global Ambassador Tim Etherington-Judge, who conducted special mentoring sessions during the launch event. In his welcome remarks, Judge shared that certain Filipino sensibilities have indeed primed this year’s roster of contenders for the upcoming competition. “In my time here so far, I’ve noticed a different sense of care from these Filipino bartenders. What they’ve said about Filipino hospitality being of an entirely different level is true. That service I’ve received so far contributes a great deal to each bartender’s performance. On top of creativity and precision, good service is the backbone of good bartending,” shared Etherington-Judge. “The upcoming competition will put all that to the test, and it’s entirely up to these 23 representatives how they’re going to show the rest of the world what the Philippines has showed me.”

Now on its 8th year globally, World Class continues to elevate the craft, innovation, and creativity within the cocktail industry. “World Class helps build careers in the industry and has been instrumental in changing the lives of the next generation of bartending talent.”