According to bestselling author and motivational speaker Denis Waitley, the secret to winning is the extra energy required to make another effort or try another approach.  This probably best epitomizes the great partnership between the Philippines’ leading energy drink Bacchus and the award-winning Team Ducati Philippines, which topped all categories in the 2015 Pirelli Cup-Philippine Superbike Championships (PSBK).

Three years after their first team-up in 2014, Bacchus Energy Drink is determined to continue its support for the sport as it renews its partnership with Access Plus, the distributor of Ducati motorcycles in the country under Toti Alberto, who is also head of the Ducati Philippines motocross racing team. This is a strategic collaboration with the aim of energizing the growing interest in motorbike races in the country. 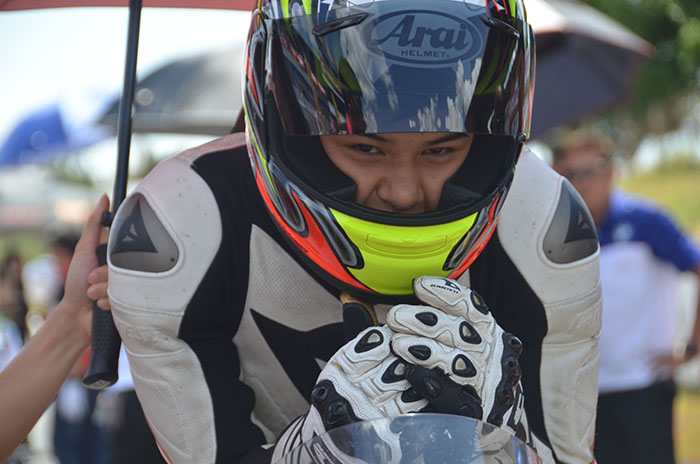 Teamwork for the win

Collaboration between Bacchus Energy Drink and Ducati has proven its mettle with last year’s PSBK Championships, as the team made a clean sweep of all classes –- Novice, Intermediate, Expert, and Master -– culminating in the sixth and final race held last year at the Clark International Speedway.

“2015 was a good year for us,” exclaimed Toti Alberto, who was 2015 PBSK Master Champion. “The race was not just about using the best bike, but also about focus and preparation.” A veteran in the local motocross scene, he was also the Master class champion in 2014 and in the late 1990s. He is now CEO of Access Plus, the exclusive distributor of the high-performance motorcycles.

Members of his team included his two sons, TJ and Troy, who as of late have proven their mettle even at their young age. At the start of the PSBK this year at the Batangas Race Circuit, TJ Alberto wowed everyone by clocking the fastest time among all classes and beating other serious contenders in the race. His younger brother Troy came in first at the novice category and 4th overall -– not bad for a first-timer and the youngest member of Bacchus-Ducati Team.

“The support by Bacchus, not only with Ducati and us but also with the sport, has helped a lot in our win,” Toti added. “Bacchus Energy Drink has always believed that everyone driven with passion can become a champion as long as they get support,” explained Amen Say, president of Dong-A Pharma Philippines, Inc., the exclusive director of Bacchus Energy Drink in the country and a firm believer in collaborations.

“How can you not sponsor a family of winning riders (like the Albertos)? They are all champions [while] at the same time they are partners with Ducati, which are considered the best motorcycles in the world,” he added. “With Bacchus Energy Drink providing the extra energy, they are a force to be reckoned with because they have the right formula for winning.”

Bacchus Energy Drink recently renewed its partnership with Access Plus/Ducati Philippines, represented by both Say and Alberto. On hand to witness them seal the agreement are officers of Dong-A Pharma Philippines Inc. and Team Ducati members TJ and Toti. 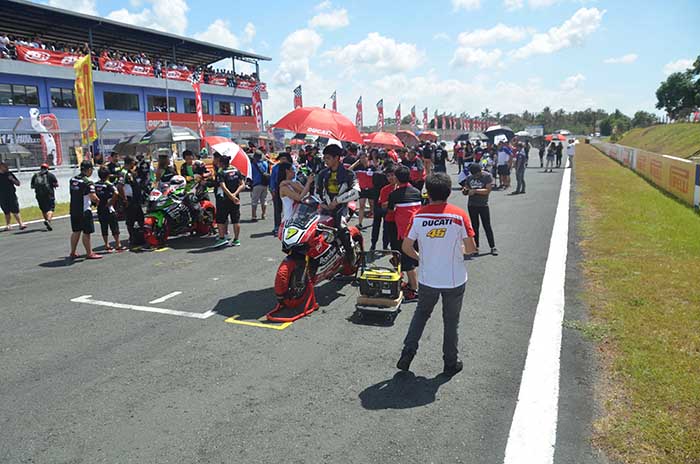 For Mr. Say, the tie-up with Ducati and the Albertos has proven to be effective, with Team Bacchus Energy Drink-Ducati winning and topping their categories for the past 2 years, and on the 3rd year, it has already proven the winning streak with the Alberto siblings’ recent victories.

“Bacchus is the best energy drink in the market right now, having the highest amount of brain-boosting taurine, combined with the performance-enhancing royal jelly and ginseng. It’s a perfect partnership that’s meant to succeed,” he concluded.