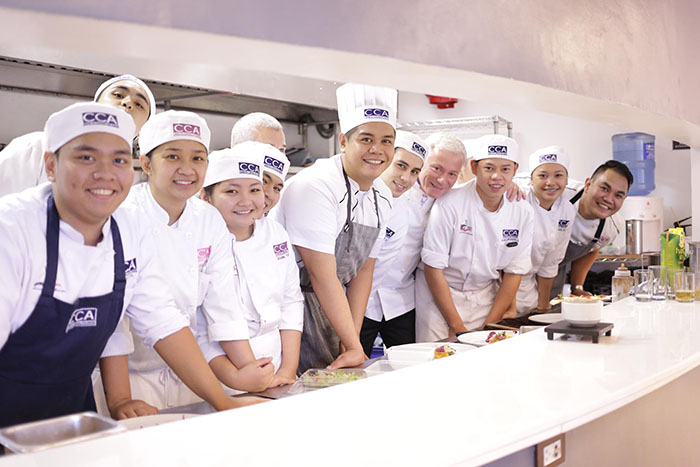 Pioneer institutions The Center for Culinary Arts (CCA, Manila) and the Institut Culinaire Disciples Escoffier (ICDE) successfully celebrated the launch of the CCA-Escoffier French culinary program in the country with no less than Michelin-starred French Master Chef Christian Tetedoie leading the event activities held recently in CCA’s campus in Katipunan. 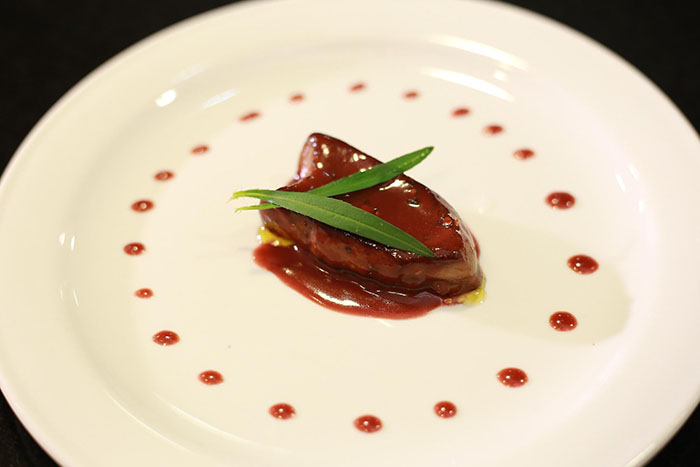 Via a groundbreaking partnership, ICDE will be bringing in acclaimed French Master Chefs to lead the flagship CCA-ICDE culinary program in the Philippines. The master chef-instructors will handle the culinary classes and programs related to French Cuisine, starting with the Disciples Escoffier Diploma in Culinary Arts, a six-month program that could be expanded with shorter courses in French Cuisine for amateurs and professionals. Pilot classes begin 1st week of September at the new CCA Makati campus located along H.V. Dela Costa Street, Salcedo Village in Makati City.  The event also marked as an opening salvo to the various celebrations that will mark CCA’s 20th year this coming November. 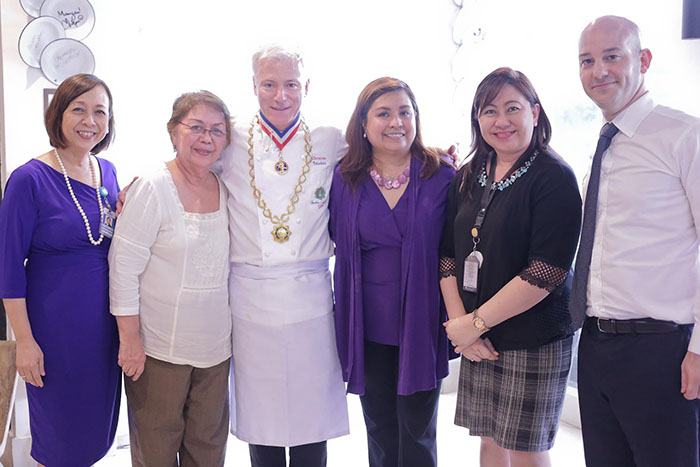 Using both imported and locally sourced ingredients, the Chef’s kitchen exposition covered the fundamentals of French cooking. All eyes and ears were glued on the French Master as he gave tips about choosing the best ingredients, perfect timing, to executing aesthetically elegant plating. 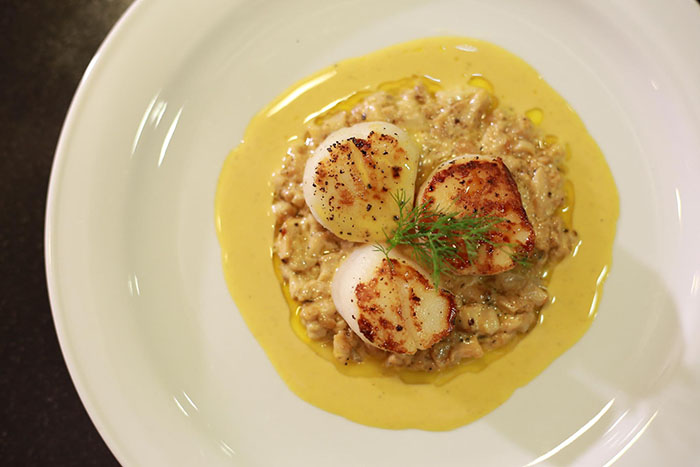 “French cuisine before became a big debate; but now it has become a standard. I chose this dish because it is simple to make and it kind of represent what the French cuisine has to offer like basic traditional French cooking techniques,” Chef Tetedoie said as his hands gingerly orchestrated his first creation.

The Master Chef also spoke about some of his favorite herbs and seasonings, to the most important ingredient in his repertoire, which is butter. “I may sound a bit nationalistic on this but for me, French Butter is the best there is in the world. Can you hear the butter sing?” he mused.

As any French native with extemporaneous mastery of the craft would have it, Chef Tetedoie is understandably strict when it comes to choosing ingredients and following French cooking standards and processes. “For beginners, it’s a great start to use the best, freshest ingredients that you can find, and to fundamentally support local farmers responsibly. After all, today’s students are tomorrow’s purchasers, so let us train them well and educate them about their role in food sustainability,” he said.

“Don’t overcut the scallops; less cuts to keep the juice intact and maintain its fresher taste,” the Chef shared.  “Seasoning is a critical element of French cuisine, so use it appropriately. When adding salt, put it directly to the pan for it to absorb the flavor of the scallops. Also, by doing so, you can see the actual amount of salt that you are putting.” 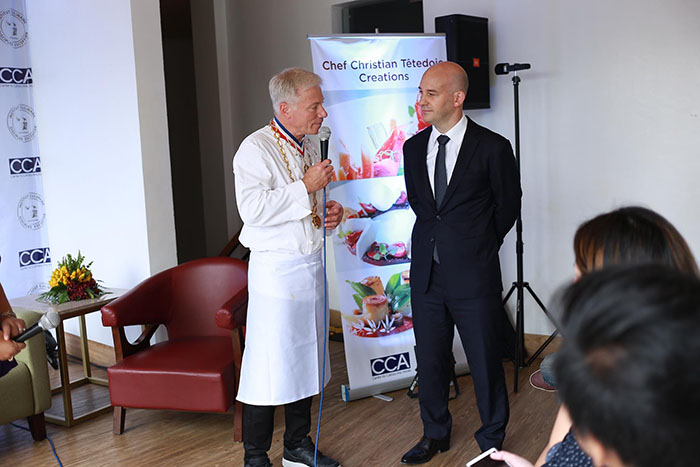 As he finally rested the last garnishing on his plating, Chef Tetedoie brought the talk to a poignant close with these wise words: “French cuisine is all about patience, it is labor intensive. Creativity, discipline and balance are of great importance in making a mesmerizing, authentic French meal. Keep innovating; be inspired by everything around you.”

A native of Lyon, Chef Tetedoie has been a visiting guest Master Chef at the ICDE since the school opened its doors in Hong Kong. Named Best Apprentice of France at age 17, the visiting chef trained with a number of great chefs including the legendary Paul Bocuse and Georges Blanc. He is a recipient of numerous distinctions, two of which are the highly prestigious Meilleur Ouvrier de France in 1996 and a Michelin star in year 2000. He also served stellar clients that include foreign dignitaries like former French President Francois Mitterand. Now heading several restaurants in Lyon, including the flagship Têtedoie, he described himself as the “vanguard” of French gastronomy, passionately fosters his mission as the current President of the Association of French Master Chefs Worldwide (Maîtres Cuisiniers de France or MCF), an elite, by invitation-only association which goal is to preserve and continue French culinary legacy and kitchen traditions and to pass these to the next generation.

Speaking on behalf of ICDE, Ben Grenier explained the beauty and the strength of the French culinary program. “CCA-ICDE aims to highly engage our students to the program, for them to see French cooking at a different light, and understand it in a very exciting culinary perspective. Students will learn the basics, which is the foundation of classic French cooking. Each class will have 10 students only for more personalized mentoring,” he said.

Because the ICDE is accredited by the French Ministry of Education and delivers a government-regulated National Diploma in French Cuisine (the Certificat de Fin de Formation en Cuisine Francaise), successful graduates will be presented with certificates recognized by the hospitality and fine dining industry worldwide.