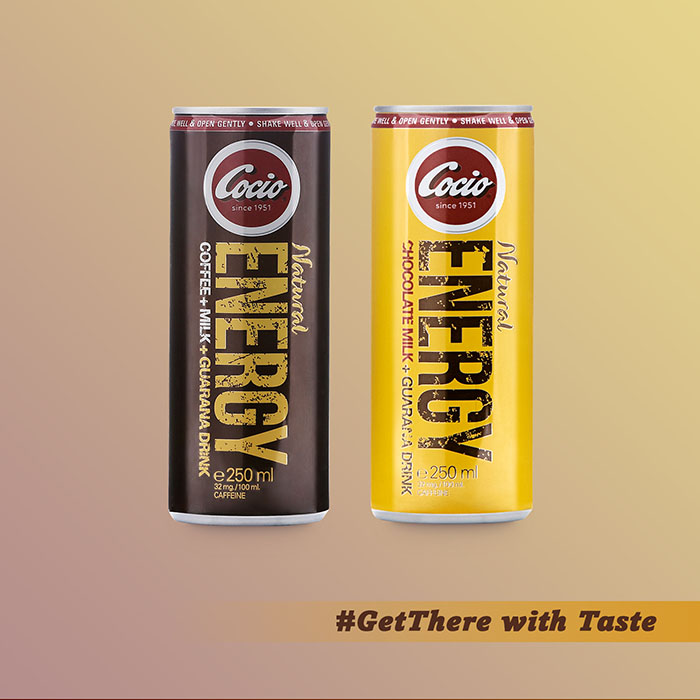 These days are hectic to say the least. Millennials need to do what seems like a million things a day, and a bottomless pit of energy seems to be necessary to do it all. That’s why there’s been an increasing popularity in energy drinks in the market.

Who Knew an Energy Drink Could Taste this Good?

Let’s be real, more often than not, people who regularly consume energy drinks aren’t the pumped up beasts that those typical hyper-masculine ads present. These are the weary-eyed college kids hoping to get through that cram sesh, the BPO agents struggling to take on their third graveyard shift, yuppies trying to finish that PowerPoint, and even everyday kids who just need that extra boost to do some chores.

Before Cocio Energy hit the scene, millennials didn’t have much of a choice in terms of yummy energy drinks. They had to settle on drinks that had a medicinal taste and long list of unpronounceable ingredients. But now, they finally have a better and tastier choice. Instead of chemicals, Cocio Energy gives a powerful energy kick through the Amazonian plant “guarana,” which contains twice the amount of caffeine found in coffee seeds. And instead of artificial fruit flavors that are anything but tasty, Cocio Energy comes in two delicious flavors—chocolate and coffee!

Shaking It Up with an All-Natural Boost

You’ve seen the rise of Cocio, a beloved Danish all-natural chocolate milk drink that made use of only three ingredients: fresh milk, natural sugar, and cocoa. Now, get ready for that same great taste made with natural ingredients but with an added energy boost!

Following the Cocio personality of honesty and realism, Cocio Energy doesn’t promise that the drinker will get superpowers or will suddenly excel at what they’re doing. All it promises is that you can finally get that energy boost you need to get stuff done. It also means you can officially say goodbye to those energy drinks that promise to give you unrealistic benefits because with Cocio Energy, false pretenses are the thing of the past.

With Cocio Energy, taste can reign supreme while keeping you up and at ‘em—because let’s face it, there’s really no need to sacrifice great taste. Now from the first energizing drop until the last one, drinking your energy drink is a delicious experience you’re going to want to make a daily habit.

Make sure to check out 7/11’s refrigerators for Cocio Energy and get ready to shake it up today.