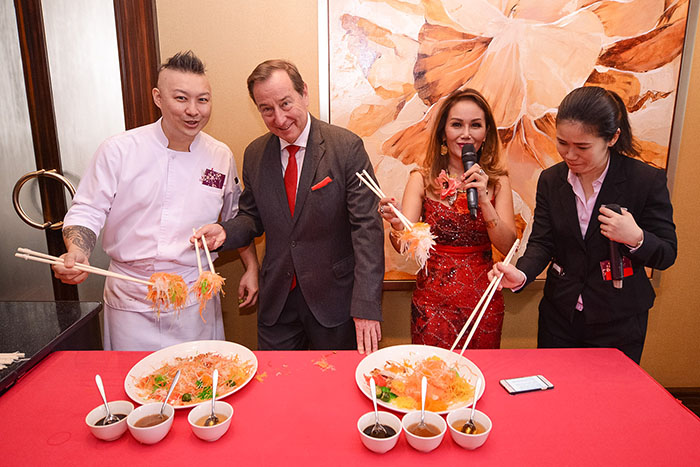 Red and gold decorations filled the halls of Marco Polo Ortigas Manila as it welcomes the coming of the Fire Rooster following auspicious traditions that bring luck and fortune for the hotel and its guests. 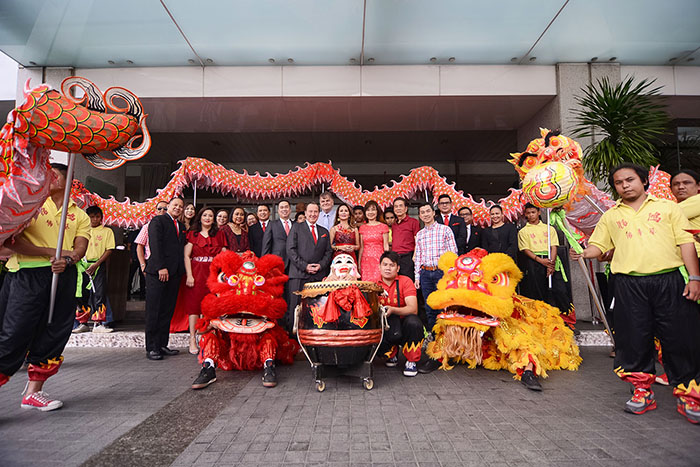 Held during the exact Chinese New Year, January 28, directors and heads of the hotel gathered with guests and media to celebrate the festive season. The event started with the lion and dragon dance, believed to bring good luck. Co-owner of the hotel, Victor Co, and General Manager Frank Reichenbach, were joined in by International Feng Shui expert Marites Allen for the traditional eye-dotting. Guests were given the opportunity to make their wishes for the New Year as they write them in red and gold balloons, which were released afterwards. 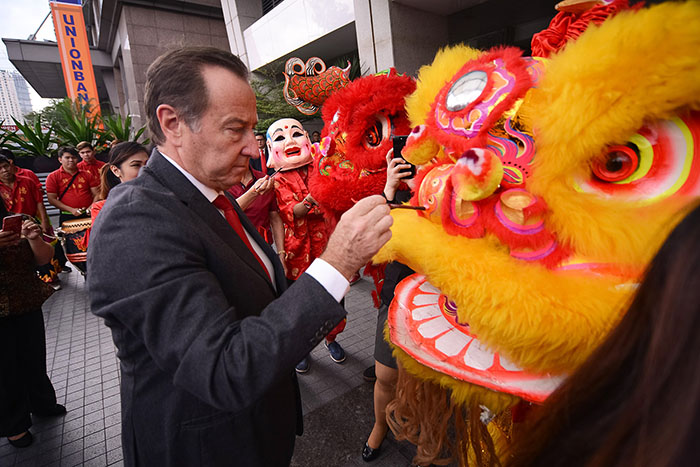 The lion and the dragons danced their way throughout the hotel as they shower each restaurant and floor with lucky coins and golden chocolates. All areas hanged their ang pao and lettuce for the dragons to eat for luck and fortune. 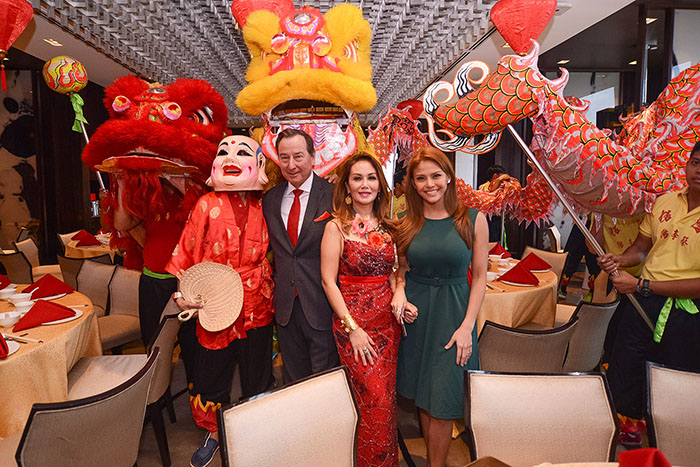 After luck has been spread out throughout the hotel, Marites Allen leads the traditional Prosperity Toss with Executive Chinese Chef Raymond Yeung, Frank Reichenbach, and Assistant Director of Restaurants, Bars, and Events Janice Chua. Lung Hin’s Yu Sheng consists of pickled vegetables, peanuts, and Salmon. The colourful salad symbolizes abundance, prosperity, and vigor―the three important elements for a good year. The guests then enjoy their lunch featuring the signature dishes, and only the most authentic Cantonese dishes. 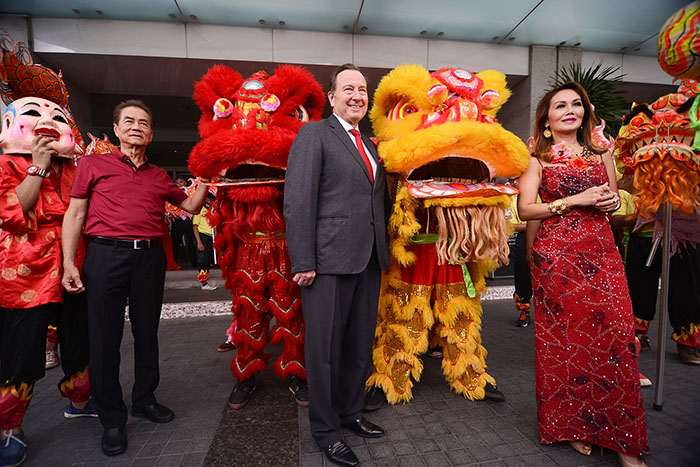