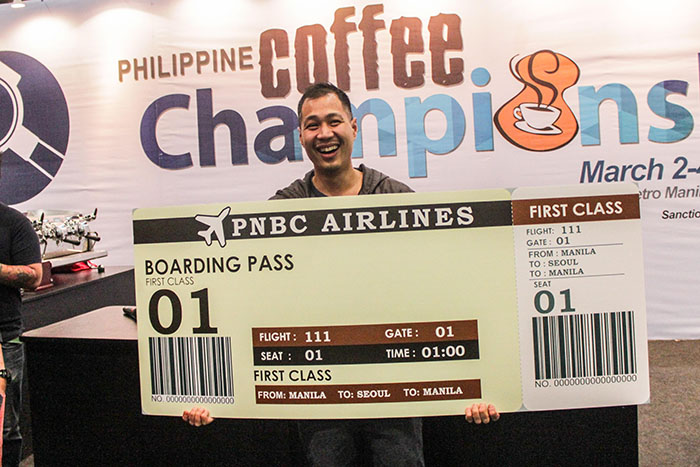 The Philippines has crowned this year’s best barista and latte art craftsman from a dozen of coffee professionals who competed during the two national coffee championships at the first Philippine Restaurant, Café and Bar Expo (Philresca) on March 2-4, World Trade Center Metro Manila. As the new home of the two competitions, Philresca marks the first time that both prestigious Philippine coffee championships were held in a single event.

After finishing 14th among 61 of the world’s best baristas at the WBC 2016, Samonte continued to impress judges with his concoctions at this year’s PNBC. During his routine, he served  ?a signature beverage made from a special experimental process he described as “cold processed washed + natural aroma sealed.” His espresso drink, which utilized an heirloom fat geisha coffee from Finca Nuguo in Jurutungo, Panama, intrigued judges with notes of ripe purple grapes and red sour cherries. 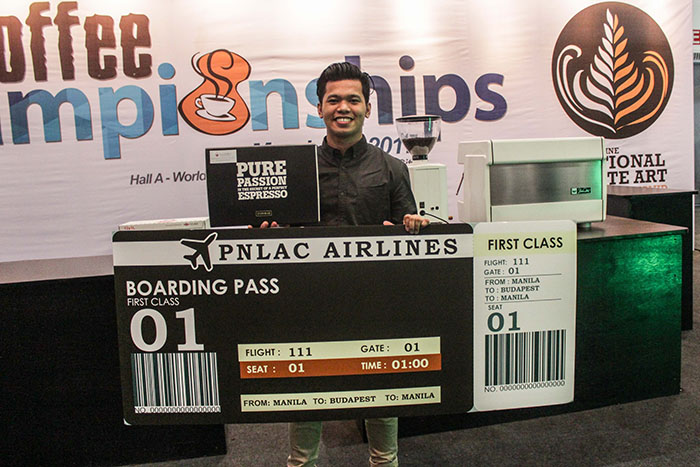 ADRIAN VOCALAN of Satchmi is proclaimed as the 2017 Philippine National Latte Art Champion.

Joining for the first time at the PNLAC, Vocalan caught the attention of judges with his unique designs and techniques showcased during the finals. Using a combination of various pouring and etching techniques for his latte art, Vocalan featured complex floral and animal patterns that earned him the gold.

“Patience and practice are key in latte art. You must have the determination and commitment to put on long hours in learning the basic techniques and then innovate. Don’t be afraid to commit mistakes, but make sure you learn after each error and improve yourself nonstop,” said Vocalan.

“As the best of Filipino talent, Silvester and Adrian are at the frontlines of positioning the Philippines as a primary player in the international coffee community. They serve as an inspiration for aspiring baristas and today’s professionals to pursue their passion and aim for excellence. Philresca is proud to host the Philippine coffee championships and continue to support Filipino baristas in their journey to become the world’s best,” said May Juan, President of Phil. Asia Conferences & Exhibitions, Inc., the company behind Philresca.