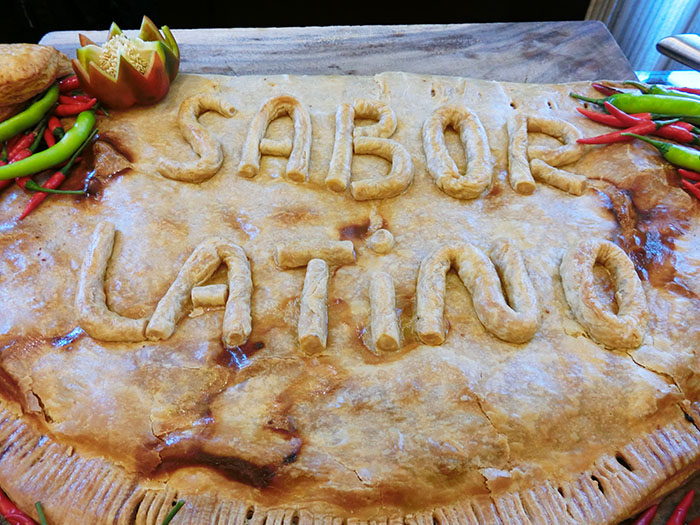 It wouldn’t be a Latin Food Fest without some Despacito being grooved to, amirite? Ballroom dancing opened Crimson Hotel’s Sabor Latino Food Festival at Café Eight.

Choosing not to concentrate on a particular country, but rather the entire region itself, some offerings may not be as familiar as, say, tacos. 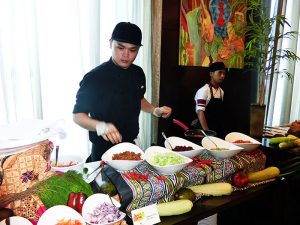 Made to order tacos and quessadillas 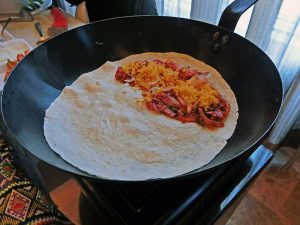 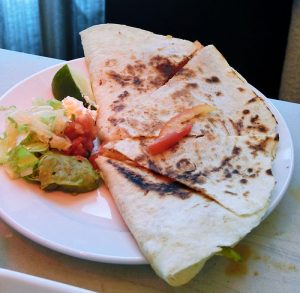 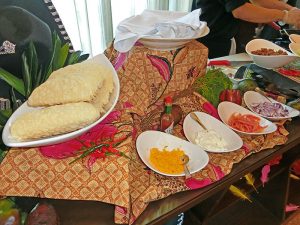 But, of course, tacos are on hand, as well as burritos and quesadillas, which are made to order and arrive piping hot at your table. 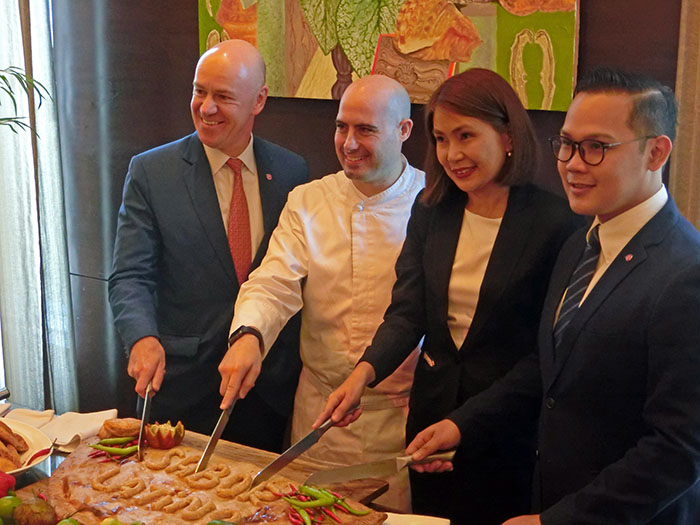 Crimson GM Gerhard Doll, Executive Chef Marley Flattley, and Marketing Communications Director Ronie Marie Reyes sliced a giant empanada, which wasn’t just a ceremonial empanada, but a real one filled with the traditional meat, chickpeas and potatoes. I ate the normal sized empanadas, which were deliciously tender and flaky, and a proper empanada is as much about the pastry as it is the filling. 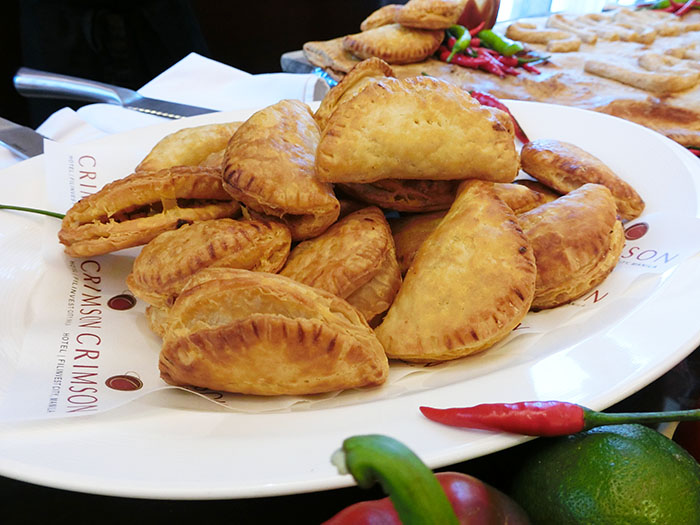 I am used to starting meals at the Japanese section of buffets, and so the Chilean Salmon Tartare proved to be more than an able substitute. Creamy, piquant and a little sweet, it managed to be a little different from the usual Asian bent in fish tartares such as these. The Peruvian Spicy Creamed Chicken is also a standout, like a better and more flavorful chicken pot pie. You don’t quite know what’s in it, and you’re guessing some cheese, milk or cream, of course, and a bunch of spices.


A cursory search on the internet revealed that the Aji de Gallina is a Peruvian classic, and the reason for its bright yellow color is the aji peppers. Other ingredients include Parmesan cheese, walnuts, and olive. Other hearty dishes include the Charquican, a Chilean stew, in this case, beef, that also has roots in Argentina, Peru and Bolivia. This is the sort of warm and homey dish that has many recipes and variations as there are households wherein it is cooked. 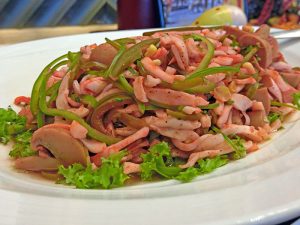 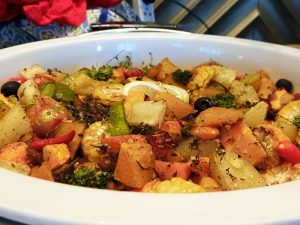 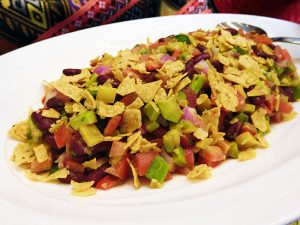 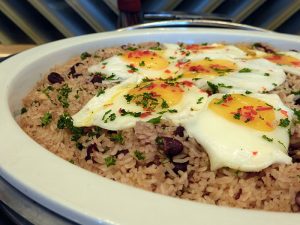 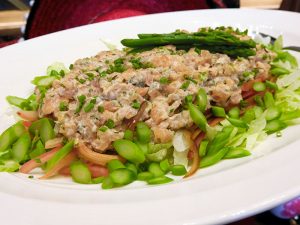 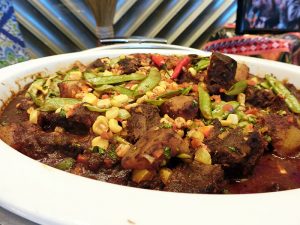 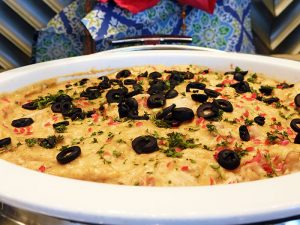 Latin desserts feature lot custards, and this is no exception, but a Peruvian one called the Suspirio Limeno (literally the sigh of a Lady from Lima), perhaps the most romantic dessert that was ever named, is one I’ve never tasted before. A slightly more liquid custard than a flan, it is infused with liqueur, poured into glasses and topped with fruits and meringue. I liked this lighter custard a lot, which isn’t something you often say with custard, which has to be rich. But what you give up in richness, you gain in flavor. If you’re not into boozy flans, the Jalisco Jericalla is pretty much the Mexican (Jalisco is a state in Mexico) crème brulee.  It also wouldn’t be a Latin dessert table without tres leches cakes and corn pudding. 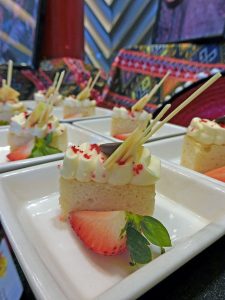 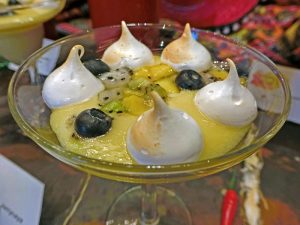 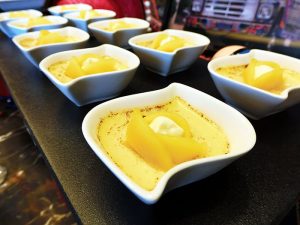 A Latin themed food fest wouldn’t be complete without at the very least, mojitos and tequilas. While Mexico is at the heart of what we know most about Latin culture, maybe with Brazil, a close second, it’s worth getting to take a bite of the rest of South America. 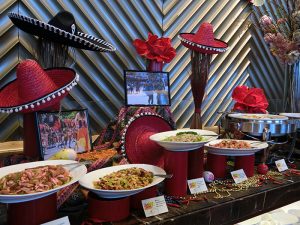 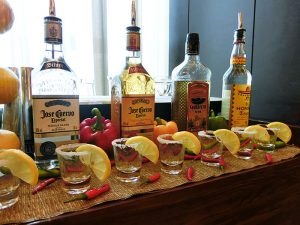 The Sabor Latino: Latin American Buffet Special at Café Eight runs September 7-24 at the Crimson Hotel, Filinvest City, Alabang. Lunch buffet is at Php 1235++ while dinner is at Php1410++  all of which come with free flowing drinks.