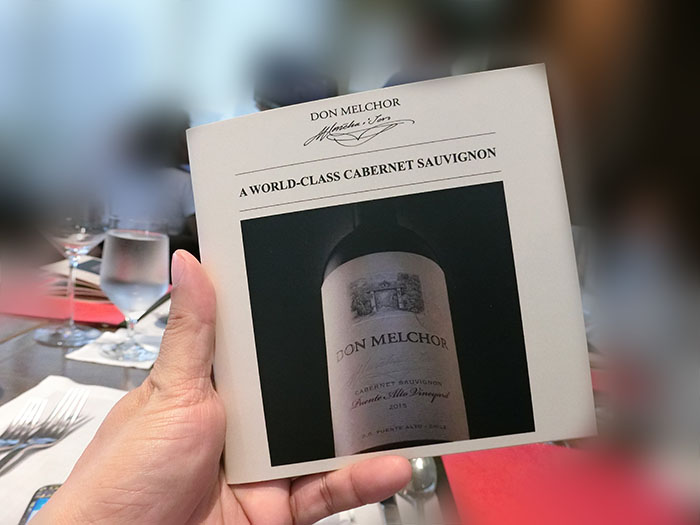 Chile’s most iconic Cabernet Sauvignon, Don Melchor, brings one of its best vintages to Manila. This fine vintage line from Concha Y Toro has earned international accolades left and right and has garnered consistent topnotch ratings from wine critics all over the world.

Don Melchor 2015 Cabernet Sauvignon is the newest of the 29 vintages released to the market. It is produced from the grapes of Puente Alto vineyard that can be found at the foot of the Andes Mountains and on the oldest terrace of the Maipo River. It is a place that was selected as one of the best terroirs in the world for Cabernet Sauvignon. From the type of soil to the semi-arid, Mediterranean climate, and the composition of the vineyard – everything came together to make this exquisite blend. The balanced vines and exceptionally even ripening of the clusters, make for the perfect vintage embodying the Puente Alto terroir. It’s beauty, revealed in several layers of flavours and aromas.

The 2015 vintage is composed of 92% Cabernet Sauvignon, 7% Cabernet Franc, and 1% Petit Verdot. The blend was aged for 15 months in French oak barrels and came out with delicate textures, mineral notes, and a fruity aroma.

The wine and the winemaker

Along with the arrival of Don Melchor 2015 Cabernet Sauvignon in Manila, is the visit of Concha y Toro’s Isabel Mitarakis.

Mitarakis, premier wine maker and oenologist, grew up with wine – her family owns a vineyard and has been working with Concha Y Toro for generations. Her love affair with the drink started with a curious sip when she was 12 years old and has led to a fruitful career in the wine industry, even landing her a position in the Vinexpo board.

Mitarakis is on an Asian tour conducting special wine master classes and personally introducing the vintage to enthusiasts. Among her stops this year included South Korea, Singapore, Japan and China. She specifically supervises the processes and blends that Cabernet Sauvignon from Alto Maipo undergo together with Don Melchor lines master winemaker Enrique Tirado. 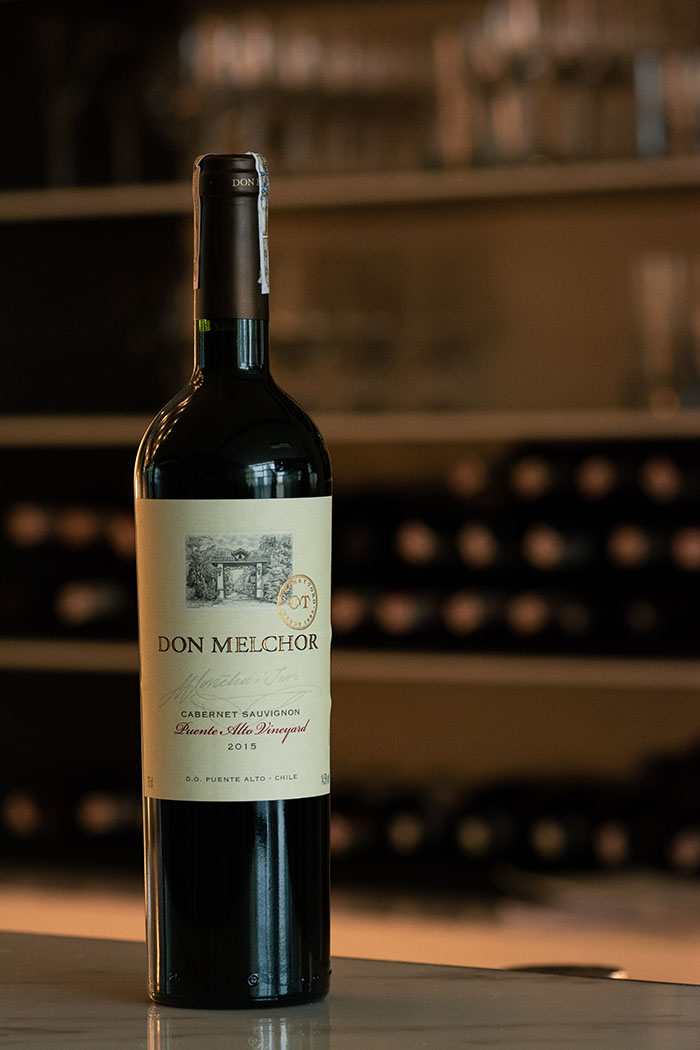 “I’m glad to be the one to introduce the Don Melchor 2015 Cabernet Sauvignon to the Philippine Market,” Mitarakis said. “It is one of the best vintages in this line since it was launched in 1987.”

Mitarakis is also the first Chilean to be appointed to the Vinexpo Board, the organization responsible for the most important wine exhibitions in the world. A key figure in the wine industry, Mitarakis stresses that the 2015 vintage of Cabernet Sauvignon is considered one of the best wines its master winemaker Tirado made in his life.

“Don Melchor is an assemblage of Cabernet Sauvignon and Cabernet Franc originating from distinct, yet contiguous sub-divided blocks,” Mitarakis added. “Slight differences have been noted over the years in the seven sections of the 127-hectare Don Melchor vineyard. Each of these differences contributes something special to the natural blend.”

This deep, cherry red wine is a great example of balance, depth, and complexity. Delicate textures give it a smooth and fine texture. The aroma of red fruits is present but not overpowering, intermingling with mineral notes that recall cold ashes and pencil lead. Strong and bold, this blend fills your mouth with the intensity of generous flavors and aromas. Its long finish, dominated by the balance and elegance of the different layers of flavors.

The Don Melchor 2015 Cabernet Sauvignon is best paired with either red and white meats like poultry, beef or lamb. It will also go well with pastas. It also makes the perfect companion for assorted terrines and pâtés like duck with truffles. Dried and aged cheeses from either goat or cow will also complement the wine’s flavors.

With 29 vintages, Don Melchor is also one of the oldest icon wines of the New World. It is also the most awarded Chilean wine with nine of its vintages on Wine Spectator’s Top 100, and seven garnering 94 points and above from Robert Parker’s Wine Advocate.

Bringing the best wine of Chile to the Philippines

“We are extremely proud to bring this topnotch vintage to the Philippine market,” Fly Ace Corporation General Manager Ramon Daez quipped. “Knowing that Don Melchor consistently achieves high rating points from wine critics all over the world, we are confident that the Filipino wine enthusiasts will delight in its arrival to our local market.”

Available in a limited number of bottles per country, Concha y Toro specifically identified Philippines as one of its strong markets in Asia for Don Melchor.

“Our long-time partnership with Concha y Toro only manifests our strong commitment to bring the finest wines to the Filipino enthusiasts,” Daez added.

For Mitarakis, the exquisite Don Melchor 2015 needs to be enjoyed by wine connoisseurs – both experienced ones and those that are new in the field. “It is a great introduction to what is actually good wine and for the more experienced palate, a very interesting blend,” she said. “Drink it with food and have a complete, sensorial experience. Use all your senses and take it all in. After all, wine is so much more than a drink – its beauty in a bottle.”