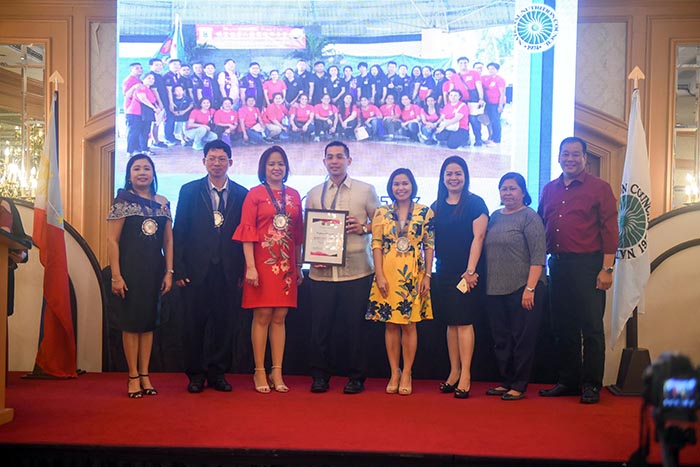 Following the general concept that proper nutrition is fundamental to the empowerment of healthy, productive constituents and communities, Malabon City’s efforts and commitment to the advocacy once again received meritorious citations from the National Nutrition Council-NCR.

The solid commitment and support by all Malabonians and various stakeholders are key to the success of the City’s nutrition and dietary feeding program. While much remains to be done, Mayor Oreta said that Malabon is keen to move forward, optimistic to fulfill its utmost goals to make health and nutrition accessible to all.

“This triumph of Malabon is a big honor for all of us. It symbolizes Malabonians’ collective efforts and commitment and that we are successfully winning our fight against childhood malnutrition,” said Mayor Oreta.

In order to promote healthy cooking/eating habits and nutritious food choices, Malabon First Lady Chef Melissa Sison-Oreta designed a 90-Day Feeding Program which piloted in 2016 in Barangay Catmon. With the help of volunteers and generous support of private sponsors, hundreds of children benefitted from the first phase of the campaign.

Each Barangay Nutrition Scholars (BNS) was made to undergo a short Culinary Course to equip them with basic cooking skills in making food choices that are nutritious and affordable. And from this effort, they led a team of lady volunteers in cooking the daily meals to feed the malnourished children and pregnant mothers.

The supplemental feeding program continued and further extended to other barangays by year 2017. The program fed 1,011 under five year old children and 29 nutritionally at risk pregnant women. All beneficiaries were rehabilitated from their nutritional status and continuously monitored during Garantisadong Pambata program, post-natal checkups and/or during their immunization at their respective local health centers.

The success of the Supplemental Feeding Program greatly improved the nutritional status of the children in Malabon. This year, to give it greater scope and measurable impacts, the program was given enhanced strategies under the name Karinderia para sa Kalusugan ni Chikiting (KKC).

Targeting undernourished kids 5 years old and below and nutritionally at-risk pregnant women, the  city government, through the KKC, will be partnering with karinderias in the community that will cater children for 120 days. Instead of volunteers and/or BNS taking charge in the cooking and preparation of food, partner karinderias will be the one responsible. Menu list will be coming from City Nutrition Office and Barangay Nutrition Scholars will take charge in monitoring the program and nutritional status of identified undernourished children. The City Health Office will assign the Sanitation Office to conduct safety and sanitation visit in partner karinderias.

Through this setup, karinderia owners together with the Malabon City government and City Health Department created a supportive environment that spreads reliable and consistent messages on healthy eating/cooking and nutrition while working towards achieving lasting positive results for beneficiaries and the entire Malabonian community.

“KKC is hosted in a karinderia set-up where the beneficiaries will be gathered in one place to feed for 120 days. At the same time, the karinderia will conduct cooking demonstration and nutrition education. The project not only helps the kids but also the karinderia owners who will be mentored to prepare nutritious meals for children,” says Chef Mel.

“We are hoping that with these awards, we can inspire more stakeholders and get more karinderia owners to join us as partners.  We want to see more karinderias becoming areas of learning and knowledge sharing, where children learn about food, the importance of nutrition, healthy eating habits, and making healthy food choices, and for mothers, proper food preparation, sanitation, and other positive habits,” she added.