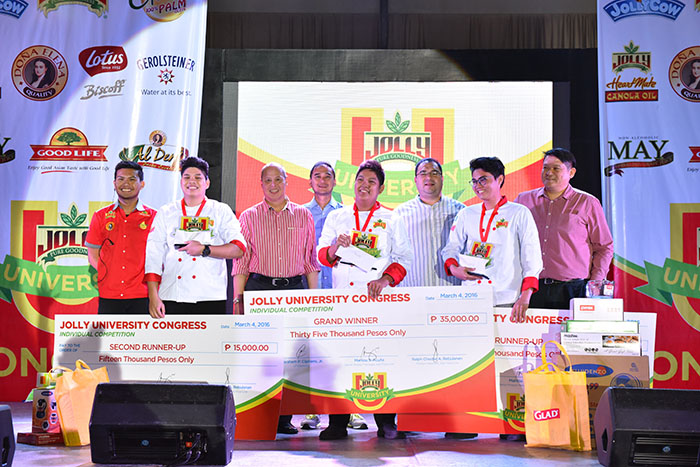 An all “fired up” grand finale served as a fitting conclusion for Jolly University Year 3, as the country’s learning program that celebrates future culinary talents and entrepreneurs successfully held its Grand Cook-Off Challenge and first-ever Jolly University Food Congress recently at Le Pavillon in Pasay City.

This year’s Jolly University competition, the biggest so far since it began inspiring youth participants in 2014, was joined in by 17 universities such as Technological University of the Philippines (TUP)​, Far Eastern University (FEU), University of Santo Tomas (UST), among others.

“This is the third time that we are having this Jolly University affair, and the first time that we are having a Jolly University Food Congress. As the company behind this advocacy, we are building this event to become better each year. We are thankful as well to our partners in the industry, the media and the academe for making Year 3 a huge success. We are so happy with this year’s turnout, with crowd attendance of over 1,000,” said Ramon Daez, General Manager of Fly Ace Corporation. 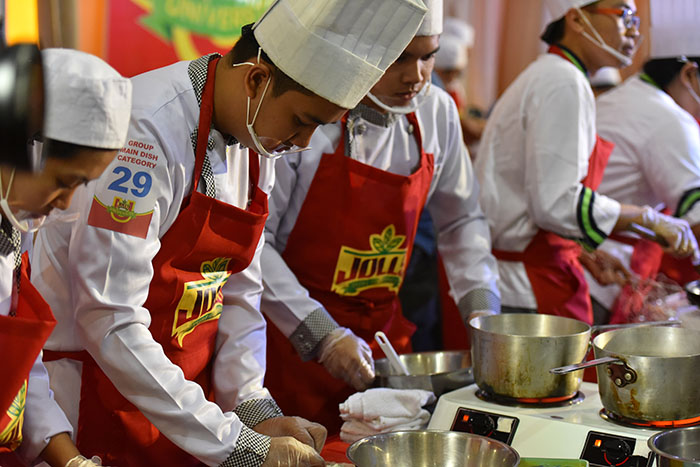 The participants of the JOLLY University Group Category Cook Off

Battle of the Bests

La Consolacion’s John Mendoza, who garnered 87.66 %, was declared the ultimate winner in the Individual Cook-Off. He was followed by UST’s Lorenzo Joaquin with 87.43% and John L. Pestin with 86.72% of La Consolacion College. Mendoza bested 23 finalists with his fantastic dish entry “Fish Hardinera” which is composed of Jolly Mushrooms, Jolly Garbanzos and fish meat.

For the Dessert Category, adjudged the best is “Jolly Trio Surprise” by PWU, followed by UST’s “Rice Pudding ala Jolly” and PUP’s “Cocktail N Peach de Leche”. For the Mocktail Competition, the “Tomato Summer Cooler” of FEU clinched the grand prize title, followed by “Jolly Mary” also by FEU, and “Nectar” by UST. 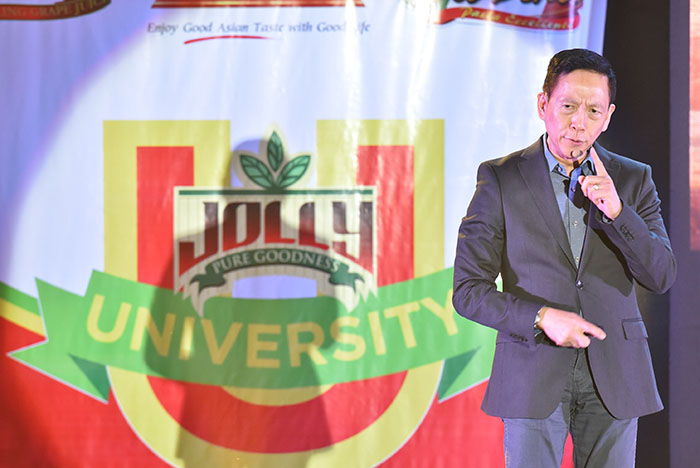 “I look forward to the winners’ continued passion and dedication to their studies. As new ambassadors of Jolly, I expect them to continue their engagement with the Jolly brand team, spreading the word that there’s this reliable canned food brand Jolly, which is now 20 years old, that is always supportive of the Philippine culinary industry and students who are willing to learn and aspire to become good at their craft,” said Cochanco.

Amid the excitement, time pressure and energetic cheering of supporters, the Jolly University finalists delivered top caliber kitchen skills as they light up their stoves to come up with the best-tasting Jolly-inspired dish in the Cook-Off Challenge, and a summer-inspired drink in the Mocktail contest. The teams were given 60 minutes to prepare their dishes and mocktails whose ingredients had to include Jolly’s various canned fruits and vegetables and other Fly Ace products.

Winners in the Group Category received trophies and cash prizes and products from sponsors. Winners will also participate in several projects with the Jolly brand including recipe development and will also receive hands-on culinary training under Chef Mitchie Sison, Jolly Food Line team, among others.

For those wanting to become next year’s champions, expect exciting announcements to happen soon as Jolly University Year 4 will begin another great edition — this time inviting more young talents from various campuses in the country.