First among LGUs: Malabon Mayor is a vlogger and a trending foodie-influencer 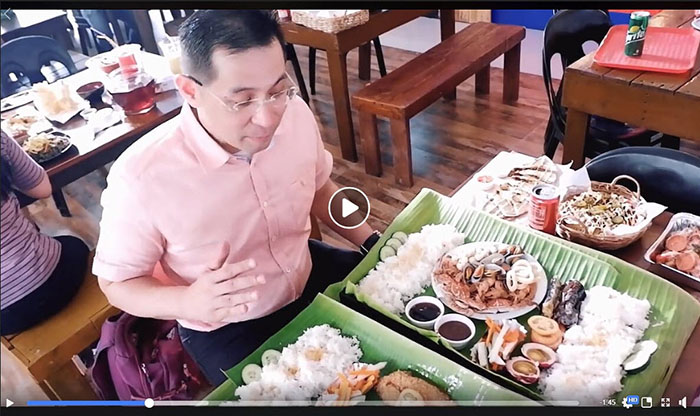 A screen grab of Mayor Lenlen during an episode that features Maria’s Backyard offerings, a food hub along Gen. Luna St. in Malabon.

Do you know that the city of Malabon has a most unlikely foodie-influencer?  No, not the First Lady of Malabon Melissa Oreta, a respected chef who is also the number one champion of the city’s culinary offerings. The budding influencer, who now has more than 100,000 followers on Facebook, and whose videos have gathered more than a million views, is no less than the Mayor himself, Antolin “Lenlen” Oreta III.

“I’ve always loved eating. Before I married my wife, I used to eat crispy pata every week in Judy Ann’s. But now Melissa cooks healthy food daily, but I still get to enjoy what Malabon has to offer by visiting unlikely establishments and introducing them to my Facebook followers,” Mayor Oreta said.

For his first video, Mayor Oreta visited a hole-in-the-wall establishment that serves chicken and pancakes called Chitis. His staff wondered if the mayor would be comfortable to introduce the restaurant via a live video feed but also decided to record as well. Even without a script, the mayor’s spiel was lively and engaging, and his constituents were quick to support the video with comments and likes.

“I did this to promote places that are serve really delicious food! I encourage people to go out of their way to visit the restaurant.” 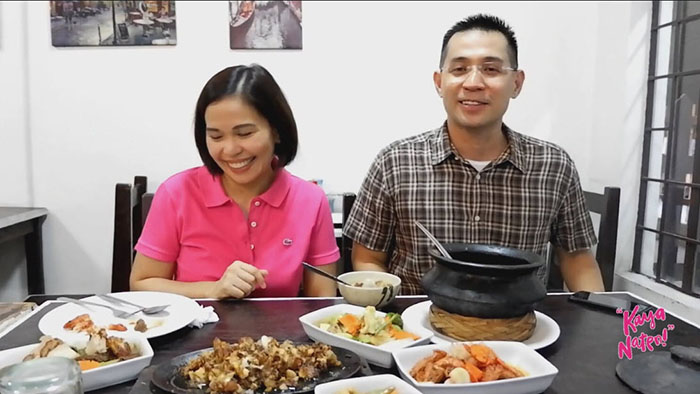 “The restaurants I visited actually report to us saying their sales spiked! People would visit the restos and order the same food I ordered and then they also end up trying out other items. It’s funny, some of them actually thought I own these places, but really, I just like to eat!”

Today, the mayor chooses to visit restaurants and food hubs unannounced, to the delight of the owners.

“I enjoy going there without prior plans. Most of the time, these establishments would refuse payment for those I ordered, but of course I would make sure that I do pay.”

Mayor Oreta also shared that Malabon, has so much to offer than just the usual Pancit Malabon and pichi-pichi which the city is famous for.

“We have what we like to call Kalye Masarap in Concepcion because that short strip has so much to offer when it comes to the best unusual yet delicious food. If you visit the Concepcion Market, you’ll find delicacies native like okoy ng Malabon, tapang kabayo, and my favorite, the Malabon kikiam.”

The mayor also encourages his viewers, both from Malabon and surrounding cities, to try out some of his favorite food spots. His top choices include Chitis for the chicken and pancakes; then Ompong’s Kitchen for the sinigang na lechon. “It’s located in a place that’s not usually known for food, so it’s a surprising discovery.”

The mayor’s third choice is Pizza Hub, next is Judy Ann’s for the popular crispy pata. Lastly, for good old lutong bahay of Malabon delicacies, the mayor suggests Betsy’s.

Mayor Oreta also hopes that aside from promoting Malabon as a culinary destination, he also hopes to grow his online reach so he could easily disseminate important information regarding ongoing city projects such as the city’s nutrition drive.