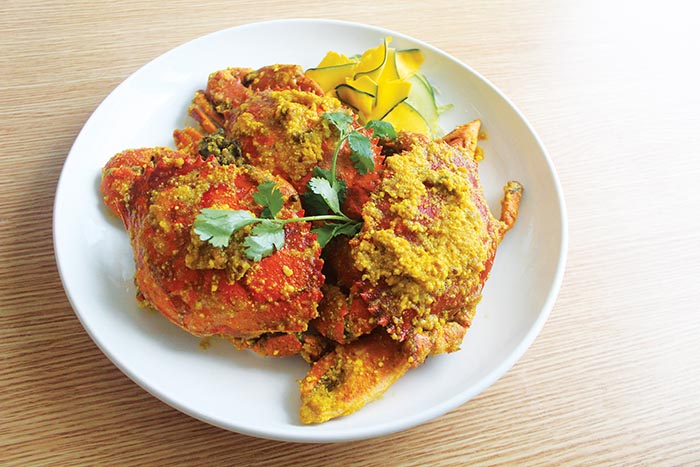 Located at the new Seascape Village Complex, Asian Taste’s interiors hews pretty close to a traditional Chinese restaurant. There might be an absence of red, but there is a preponderance of soft yellow, a stand-in for gold, really.  It’s the same with the food, and Asian Taste has all the hallmarks of a casual Chinese restaurant, but it’s also a little bit “extra”. It includes offerings familiar to other Southeast Asian countries. This is because the owners are foodies who want other people to experience and enjoy what they usually have or like, informs Restaurant Manager Ryan Uy, who has extensive experience in the Chinese restaurant business having been involved with establishments such as Gloria Maris and an outlet in Okada among others. 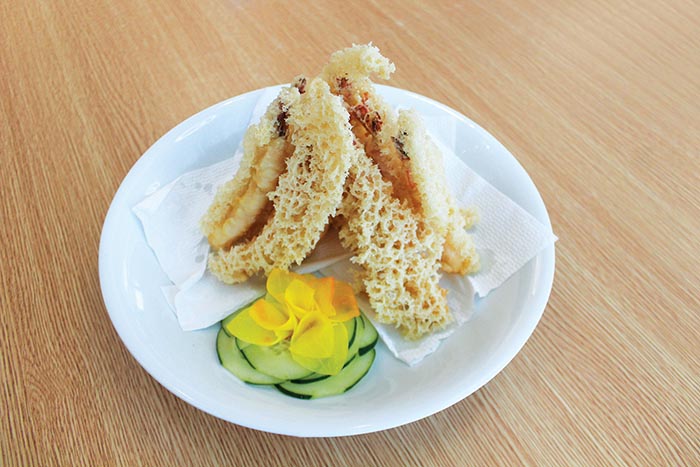 In addition to the staples, there are dishes from Singapore, Malaysia, even Japan, judging by an impressive shrimp tempura presentation arranged like a crown roast. When you talk about Singaporean influences, salted egg dishes will not be far behind, and we excitedly dug into not one but two dishes that feature this trendy-but-also-never-going-away ingredient. The Salted Egg Crab, which Uy reminds us can also be had in any number of ways popular in Singapore, like Chili Crab or Black Pepper. Asia Taste is also is a “paluto” place, so there is no limit to how you want your dishes cooked. Disappearing even faster than the salted egg crab are the Golden Beans, which are French green beans (haricot vert) in salted egg sauce. Rich and lip-licking savory, our group had two servings. Uy says that their salted egg recipes are different from how others do them because their secret is cooking the yolk twice. “It enhances the taste of the yolk,” explains Uy. “The actual preparation of the salted egg sauce takes a lot of time.” 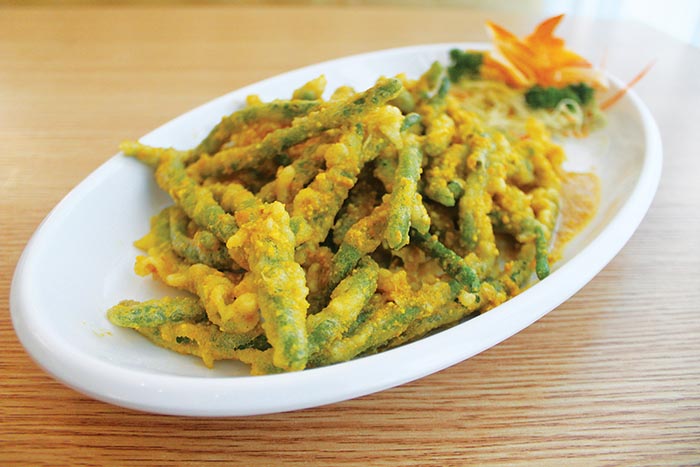 They also veer away from a traditional pot of hot tea at the beginning of our lauriat meal, making hot roasted barley available instead. “That’s the Korean influence,” informs Uy. Indeed you can also choose cold barley, as is traditional in Korea. Barley drinks are said to be good for digestion because of the fiber content. It also has soporific qualities, which makes its relaxing. It’s really a good alternative for those avoiding caffeine, but still want the complexity because of the roasted flavor. 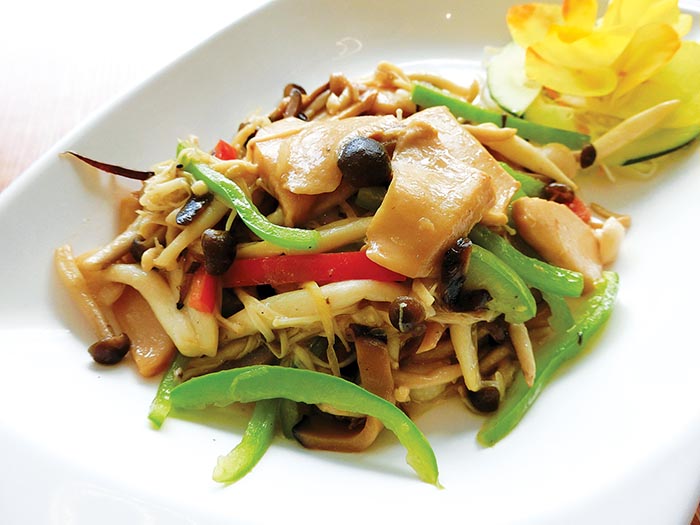 Three Kinds of Mushrooms (Golden, Enoki, and Brown) are a staple in many Chinese restaurants, and is an especially ideal vegetarian (even vegan) choice. Uy informs us that this dish is one of the newer in their lineup, and  that it was initially prepared for one of his customers who  asked the kitchen for a vegetarian dish, and it has remained on the menu ever since. It has a generous serving of mushrooms and isn’t oversauced, the strands of the enoki mushrooms also make it feel like you’re eating a mushroom pancit, which can only be good. 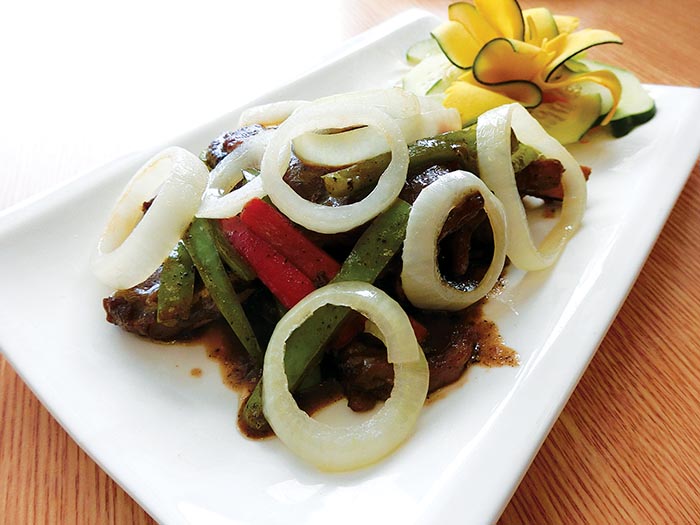 The Pepper Beef Ribs are tender and a good balance of spicy, earthy and sweet. It’s also a slight departure from that familiar Chinese food staple, sweet and sour or salt and pepper ribs. 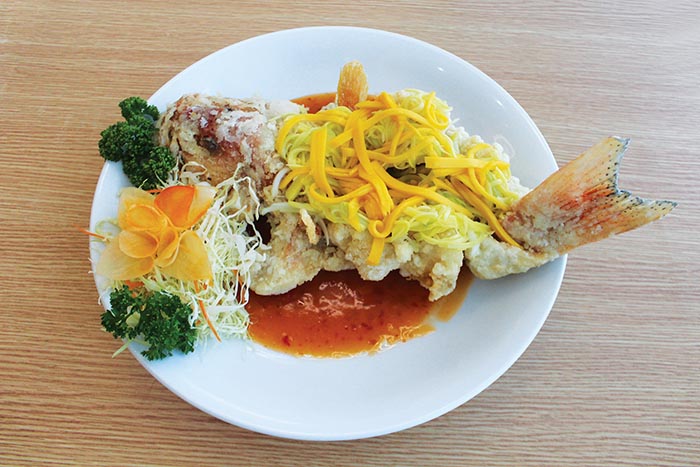 One of our favorite dishes is the deep fried lapu-lapu with mangoes. The fish is perfectly cooked and topped with both green and ripe fresh mangoes, which isn’t something you often get with this preparation. A fresh relish is something we generally pair with roasted fish, but the the cold and hot contrast with this fried dish creates a lovely texture and flavor. The mango theme lasted continued until dessert with the mango sago. It’s a simple dish, but the juice of in-season mangoes which are sweet with just that side of tart and at the proper temperature, meaning really cold, elevates this staple. It’s both bracing and refreshing. 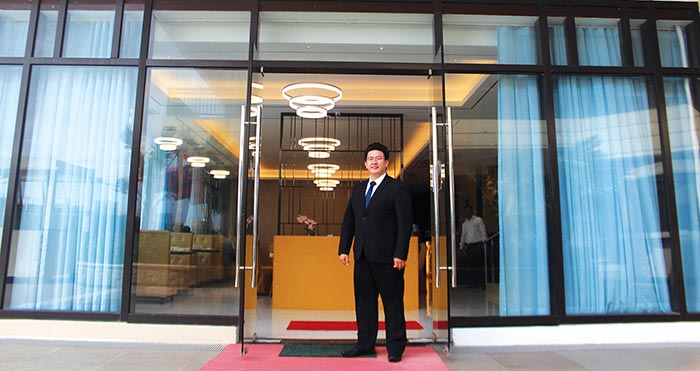 Seascape Village, where Asian Taste is situated, only opened in May, but Uy believes the traffic will dramatically improve in two to three months. “It will boom.” Paluto prices are reasonable, he says, at around P280-P300/ kilo. They even have a client all the way from Batangas bringing lobster and shrimp from his fishpond. “We can do one fish two ways,” says Uy. “It can be broiled, fried and steamed.” The restaurant has 12 private rooms on the second floor and can cater events for as many as 280 people.

The restaurant also has an impressive array of hard liquor. The most in demand, Uy says, are Hine Cognac from France. The most expensive, on the other hand, is Moutai (or Maotai), a distilled Chinese liquor made from fermented sorghum very much in demand worldwide that it’s driving up prices. A bottle here costs P13,000.

In the meantime, Asian Taste’s very prosaic name belies the spectrum of choices, which Uy has described as traditional and modern fusion. And while there will always be trends, he says,” You always return to comfort food.”