Who hasn’t felt the euphoric end of the school year or the victory of having achieved an important milestone?

My desserts for this month   take on a fun quality as I celebrate the end of school and give tribute to graduates. We’ve all been there. Who hasn’t felt the euphoric end of the school year or the victory of having achieved an important milestone? It’s whimsical with the symbols of schooling: the sharpened yellow pencils, the pink eraser. The minutes of details, such as the pencil shavings are and add realism to your design, so my advice is to never lose your childhood imagination. I made a note pad mille feuille. It’s not a straightforward cream and chocolate combination as there is a a burst of cherry when you bite into for the older graduate, perhaps the more elegant chocolate desserts are in order. The medals and the chocolate truffle rocks are a treat no matter what your grades are. These are also fairly easy to make, although tempering chocolates takes a bit of practice. Anyway, School’s out, you earned it, so treat yourself!

A B C  MILLE FEUILLE 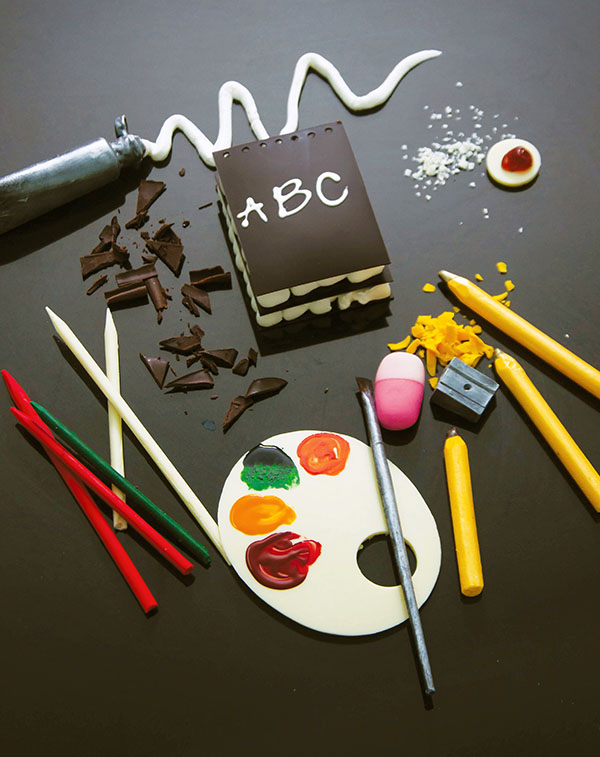