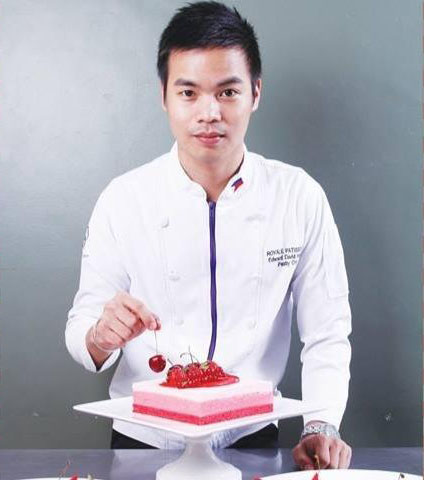 Chef Edward David Mateo apprenticed under the Executive Chef of Malacanang Palace, Chef Aurora “Babes” Austria. He trained professioally at Edsa Shangri-La and worked at Pico de Loro Hamilo Coast Batangas. He put up his shop Royale Patisserie in 2013 to much acclaim. He has also been featured various television shows where he earned the monicker “The Dessert Prince”.